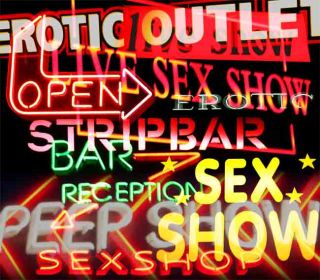 Pornography is often portrayed as one of the ills of today's society, evidence of modern moral decay brought to you by video cameras and broadband access.

As it turns out, modern times have got nothing on the past. Pornography existed long before video or even photography, and many researchers think evolution predisposed humans for visual arousal (It's a lot easier to pass on your genes if the sight of other naked humans turns you on, after all). Whichever way you slice it, the diversity of pornographic materials throughout history suggests that human beings have always been interested in images of sex. Lots and lots of sex.

"Sex has always played a super-important role for human beings and their relationships," said Seth Prosterman, a clinical sexologist and licensed therapist in San Francisco. "What people do sexually has always been a curiosity, and of interest." [RELATED: New Technologies Let Pornography Producers Stay On Top]

"They were political invectives disguised as pornography," Slade said.

Despite the reserved public attitudes toward sex at the time, pornographic novels held little back. The author of "Fanny Hill" managed to cover bisexuality, voyeurism, group sex and masochism, among other topics. By 1888, the anonymous author of "My Secret Life" was writing about sex with words that would make a modern television censor squirm.

"They look like your grandparents having sex," he said. "They were quaint, but it was real intercourse."

For a long time, stag films remained stagnant, both in content and in quality. Then, in the 1970s, changing social mores opened the door for public showing of explicit films. The Internet and the invention of the digital camera lowered the barriers to porn-making so low that entire websites are now devoted solely to non-professional videos.

The shift from publically viewed stag films to privately viewed rentals and internet downloads drove changes in the types of acts shown on-screen. Privacy, Slade said, made men more willing to watch fetish films depicting specific, sometimes odd, sexual behavior. A 1994 Carnegie Mellon study of early porn on computer Bulletin Board Systems (a precursor to the World Wide Web), found that 48 percent of downloads were far outside the sexual mainstream, depicting bestiality, incest and pedophilia. Less than 5 percent of downloads depicted vaginal sex. This could have been because magazines and pornographic films had traditional sex covered, and people went to their computers for images they couldn't find elsewhere, Slade suggested.

"They need to always put out something new, something enticing, to attract people," Chyng Sun, a professor of media studies at New York University and director of the film "The Price of Pleasure: Pornography, Sexuality and Relationships," told LiveScience. "The degradation, the aggression levels, that is something you can create, something a little bit new to offer to the audience."

Debates about pornography have been ongoing since at least the Victorian era (no word on whether stone-age people hid the fertility statues under the mattress), and they're not likely to cease anytime soon. Nor are people likely to stop looking at pictures of other naked people.

"Most people like to have sex," said the AVN's Kernes. "A not-too-much-smaller segment of them like to watch other people have sex, and that is what the adult industry delivers."