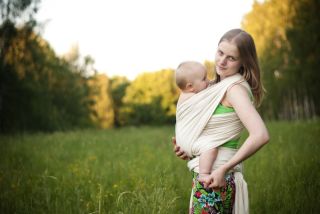 Feminists get a bad rap for being anti-family and anti-baby. But a new study finds that feminist women are actually more likely than non-feminist sorts to support intensive parenting styles.

Women who identify themselves as feminists show more support than non-feminists for the tenants of attachment parenting, the new research found. Attachment parenting is a time-intensive parenting style involving long-term breast-feeding, co-sleeping, frequent carrying of the baby and following the child's schedule instead of setting strict times for sleep and feeding.

(Though not defined in the study, broadly speaking, feminists are supporters of women's rights and gender equality.)

"Attachment parenting is this paradoxical mix where it has a lot of components that are appealing to feminists, but also has a thread to it that is not feminist and has some regressive components," said study researcher Miriam Liss, a psychologist at the University of Mary Washington in Virginia.

"Women are grappling with both sides of the issue," Liss told LiveScience

Surveys of American undergraduates — a common and convenient population for psychologists to research — have shown that feminists are generally viewed to be career-oriented and man-hating. But stereotypes can be misleading: A study of feminist attitudes toward men published in the journal Psychology of Women Quarterly in 2009 found that feminists were actually less hostile toward men than non-feminists. [6 Gender Myths Busted]

Liss wanted to look at the perceptions versus the realities of feminist parenting. Certain "Earth-mother" components of attachment parenting are very attractive to feminists, Liss said. It's an anti-materialist, non-consumerist philosophy. But attachment parenting focuses on breast-feeding, which puts a larger time burden on the mother, and goals like frequently wearing your infant in a sling aren't easy to meet for working moms.

Each participant filled out an online survey with information on her age, race, education and other demographic factors as well as her own attitude toward four parenting issues: breast-feeding, co-sleeping (or sleeping in the same bed with your infant), frequent carrying of the baby and setting strict schedules for sleep and feeding. The first three methods are tenants of attachment parenting, while strict scheduling is frowned upon by attachment adherents.

The participants were then told to answer the same questions, but this time to answer from the perspective of a "typical feminist woman."

In fact, feminists supported breast-feeding, child-carrying and co-sleeping more than non-feminists, regardless of whether they had kids; and feminists were less supportive of strict schedules for infants compared with non-feminists. The results, reported June 3 in the journal Sex Roles, held when researchers controlled for age, education and socioeconomic status. [The Facts on Moms & Breast-Feeding (Infographic )]

The study was limited to heterosexual, mostly white and well-educated women, so it may not reflect all feminists or all demographics. But the findings are interesting, the researchers wrote, given public debate over whether attachment parenting is "feminist." This debate has played out in the New York Times, in a "Room for Debate" piece from May 2012 and in the Wall Street Journal, in a 2010 article by feminist novelist Erica Jong comparing time-intensive attachment parenting to a "prison for mothers." More  recently, Time magazine stirred the attachment parenting pot when it featured on its May 2012 cover a 26-year-old mom breast-feeding her 3-year-old son.

"I think women today face an awful lot of pressure and a lot of people telling them, 'This is the way you ought to do it,'" Liss said. "There are a lot of right ways to raise your kids."