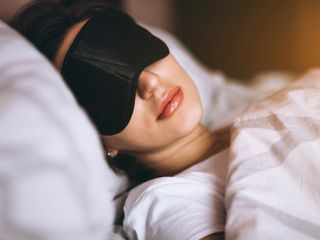 A 17-year-old girl in Colombia drops into bouts of sleep that can last for days, weeks, or even months.

During her extensive slumbers, the girl often loses her memory; after one 48-day episode, she temporarily forgot her own mother's face, according to news reports.

The girl, Sharik Tovar, is one of the few people with a rare condition called Kleine-Levin syndrome, otherwise known as "Sleeping Beauty" syndrome. Unlike the fictional Sleeping Beauty, people with Kleine-Levin syndrome can be woken up during an episode and may wake up occasionally on their own to eat or use the bathroom, according to the National Organization for Rare Disorders. Scientists estimate that the syndrome manifests in 1 to 5 people out of every million, according to the clinical resource UpToDate. Historically, more than 500 cases of the condition have been reported in the medical literature, although the unusual syndrome likely goes underdiagnosed.

About 70% of Kleine-Levin cases occur in adolescent males, but adolescent females and people of various ages have been known to develop the syndrome, according to the National Institute of Neurological Disorders and Stroke (NINDS). Tovar first developed the condition when she was 2 years old, and her longest episode to date lasted for two months, her mother told Noticias Caracol, a Colombian news outlet. When Tovar is bedridden, her mother liquifies all of the girl's food and feeds her every few hours to ensure she gets enough nutrition.

When awake, the affected person may feel confused and disoriented, and many individuals show a complete lack of energy and emotion. Most patients report that "everything seems out of focus" and that noise and light in the room feel overwhelming.

Along with experiencing sleepy symptoms, people with Kleine-Levin syndrome sometimes exhibit excessive food intake, experience hallucinations or display a unusually uninhibited sex drive, according to the Kleine-Levin Syndrome Foundation. Between episodes, affected people show none of these symptoms; they appear in perfectly good health.

The cause of Kleine-Levin syndrome remains unknown, though scientists hypothesize that its symptoms may stem from dysfunction in an area of the brain called the hypothalamus, which helps regulate basic bodily functions like sleep and appetite, according to NORD.

Normally, groups of cells in the hypothalamus help keep us awake by sending chemical signals to the wrinkled cerebral cortex that lies over the brain, according to the Harvard Sleep Medicine website. Other cells in the hypothalamus send us off to dreamland by snuffing out activity in these same brain areas. In this way, the hypothalamus acts like a light switch, flipping our brains from awake to asleep and back again. In Kleine-Levin syndrome, somehow, the switch seems to break.

A 2005 study in the journal Pediatric Neurology Briefs found that about 72% of Kleine-Levin cases occur after a person shows symptoms of an infectious disease. So, there's some speculation that a dangerous pathogen may harm the hypothalamus in affected people. Alternatively, the body's own defense system may mistake brain tissue in the hypothalamus for a foreign invader and launch an attack.

In rare cases, the disease appears more than once in a single family, which suggests that genetic makeup may play a role in the condition, according to NORD.

Once symptoms of Kleine-Levin set in, people may experience recurrent episodes for some eight to 12 years, according to NINDS. During this time, doctors may prescribe stimulants, such as amphetamines, to counteract the patient's recurrent sleepiness. Doctors may also give patients a common treatment for mood disorders, lithium, as well as an anti-epileptic drug, carbamazepine, which has been shown to reduce the frequency of episodes in some cases.