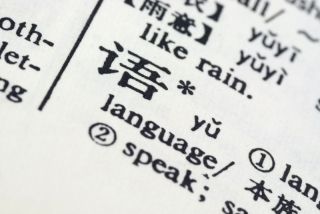 Languages in which nouns are given male or female status are linked to gender inequality, according to a new study that compares languages and equality across the globe.

Surprisingly, though, languages with no gender at all — where even "he" and "she" are represented by the same word — are associated with the most gender inequality, perhaps because people automatically categorize gender-neutral references as male.

"These are aspects of language that seem very mundane and seem like they wouldn't make a difference," said study researcher Jennifer Prewitt-Freilino, a psychologist at the Rhode Island School of Design. "But more and more research that is starting to come out looking at grammatical gender and language suggests that it has more of an impact than you would think."

In other words, our thoughts don't just shape our language. Our language may also shape our thoughts. For example, one 2009 study asked high-school students to read a passage in English, Spanish or French. English is a "natural gender" language, meaning that speakers use gender-specific pronouns, but nouns do not have gender. Spanish and French are "gendered" languages, in which nouns are assigned as masculine and feminine. In Spanish, for example "la fruita" (the fruit) is feminine, but "el dia" (daytime) is masculine.

Compared with the students who read the passages in English, those who read in gendered languages responded with higher levels of sexism to a questionnaire they took after the study.

Prewitt-Freilino and her colleagues wanted to take a broader look. Using the World Economic Forum's Global Gender Gap Index, which measures inequality between men and women in economics, education, politics and health, they compared nations' inequality to the type of language most frequently spoken there. Of the 134 countries included in the index, 54.5 percent spoke predominately gendered languages, 9 percent spoke natural gender languages and 19.4 percent spoke genderless languages. Genderless languages include Finnish, which uses the same pronoun for males and females. The remaining countries spoke some mixture of gendered, natural gender and genderless languages. [See Country Gender-Equality Rankings]

The researchers controlled for geographical location, religion, political system and relative development in an attempt to account for other factors influencing gender inequality.

On average, countries where gendered languages are spoken ranked lowest on the scale of gender equality, researchers reported in the journal Sex Roles. But surprisingly, genderless languages didn't fare as well as natural gender languages such as English (though they did fare better than gendered languages).

Gender-neutral pronouns likely conjure male images, Prewitt-Freilino said. Previous research has suggested that when people are cued with the gender-neutral "they," they think of male characters far more frequently than when cued with "he or she."

"Being able to use gendered pronouns, things like 'he' or 'she,' and being able to modify the language could actually have a function," Prewitt-Freilino said. That result suggests that efforts to invent gender-neutral pronouns in English could backfire.

There is not a one-to-one correlation between language and equality. Iran, for example, is a predominately Persian-speaking country, and Persian is a genderless language.

"There's a lot of variability between the countries, which is also what makes it pretty surprising that we still found this difference," Prewitt-Freilino said.

There are limitations to the study, including the fact that the results don't indicate that language differences necessarily cause the inequality. There are also relatively few natural gender languages, Prewitt-Freilino said, making them harder to compare.