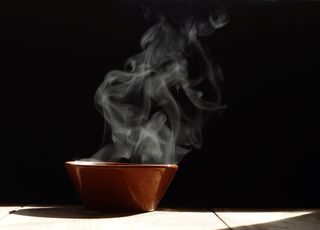 The trend of cleansing the vagina with "vaginal steaming" comes with risks. Case in point: A woman in Canada developed second-degree burns after trying vaginal steaming, according to a recent report of the case.

The 62-year-old woman had recently been diagnosed with vaginal prolapse, and she thought vaginal steaming might help treat her condition, according to the report, which was published in the June issue of the Journal of Obstetrics and Gynaecology Canada. Vaginal prolapse is a condition in which organs of the pelvis — such as the vagina, uterus or bladder — droop or slip out of their normal place, according to the Cleveland Clinic.

But the woman's attempt at vaginal steaming sent her to the emergency room, where she was diagnosed with second-degree burns on her cervix and vaginal membranes, the report said.

Related: 7 Facts Women (And Men) Should Know About the Vagina

Vaginal steaming, also called "v-steaming," involves sitting over a steaming bowl of water that contains a mixture of herbs. The practice gained popularity in 2015, after actress Gwyneth Paltrow endorsed it as a method for cleansing the vagina. But ever since, doctors have warned that v-steaming isn't backed by science and could cause harm.

Dr. Draion Burch, an OB-GYN in Pittsburgh, told Live Science in a 2015 interview that no special methods are needed to clean the vagina. "The vagina cleans itself," Burch said. What's more, v-steaming could cause burns to the sensitive vaginal tissue if the steam gets too close to the body, Burch said.

In addition, vaginal steaming may disrupt the normal balance of bacteria in the vagina, according to the BBC. "The vagina contains good bacteria, which are there to protect it," said Dr. Vanessa Mackay, a spokesperson for the Royal College of Obstetricians and Gynaecologists in the United Kingdom, according to the BBC.

In the current case, the woman was treated with an antibiotic ointment and was told to wrap the area with gauze, changing the bandage twice a day, the report said. Doctors had to delay the woman's surgery to treat her vaginal prolapse until the area healed.

The report appears to be the first documented case of burns from vaginal steaming, according to the report's author, Dr. Magali Robert, of the Department of Obstetrics and Gynecology at the University of Calgary.

"Health care providers need to be aware of alternative therapies so that they can help women make informed choices and avoid potential harm," the report concluded.