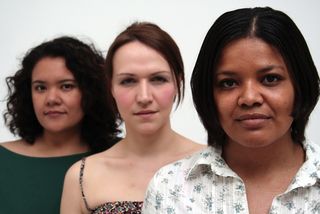 Sexism and racism go hand-in-hand, suggests new research that finds sexist and racist people are those who are likely to approve of hierarchies.

The results suggest that racist and sexist attitudes are linked to personality, said study researcher Maite Garaigordobil, a psychologist at the University of the Basque Country in Spain.

"Sexism is linked to authoritarianism and a leaning towards social dominance," Garaigordobil said in a statement. "In other words, sexist people accept hierarchies and social inequality, they believe that different social groups have a status that they deserve, and they feel that the social class to which they belong is the best."

Racism and sexism can be overt or more subtle, with studies finding that no matter how egalitarian, people generally hold some subconscious biases. Garaigordobil and her colleagues examined more overt racism and sexism. They studied 802 Basque Country residents between the ages of 18 and 65 and measured the participants' levels of racism and sexism as well as their sensitivity to other cultures, their personality traits and their self-esteem.

To their surprise, the researchers found almost no relationship between self-esteem and anti-egalitarian attitudes. They had expected that low-self esteem would lead to more racism and sexism because low-self esteem can cause people to act more aggressively and to desire more dominance. That link did not materialize.

However, sexism did influence how people saw themselves, the researchers report in the journal Revista de Psicodidáctica.

Hostile sexism is defined in this study as a dislike of women. Benevolent sexism, in contrast, is the view that women are weak and in need of male protection. Men and women who scored highly in benevolent sexism described themselves using adjectives associated with femininity, such as "warm" or "friendly."

The researchers also found that sexism and racism are likely to occur in the same people. People with high sexist tendencies also tended to score low in intercultural sensitivity, or empathy and interest in other cultures. Sexists interacted little with immigrants to Spain and reported little respect for the differences between Spanish and immigrant cultures. They also reported little desire to interact with immigrants. The same held true both for people with hostile sexist tendencies and for people who held to a benevolent style of sexism.

The findings suggest that people's attitudes toward relationships with other people are strongly tied to sexism and racism, Garaigordobil said. If someone believes that relationships are hierarchical and that social inequality is fine, they're likely to espouse sexist and racist beliefs, she said.

"The results even suggest that such prejudiced attitudes could be a personality trait," Garaigordobil said.