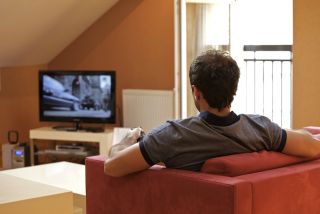 A new study, published online Sept. 17 in the British Journal of Social Psychology, finds that media may be the root of many unconscious stereotypes in the brain.
(Image: © prodakszyn, Shutterstock)

For years, social scientists have uncovered the unsettling truth that no matter how egalitarian a person purports to be, their unconscious mind holds some racist, sexist or ageist thoughts.

But a new study finds that this may say less about the person and more about the culture that surrounds him or her.

The new study finds that while people are quick to associate word pairs that bring to mind stereotypes (think "black - poor" versus "black - goofy"), this tendency is rooted not in the social meaning of the words, but in the likelihood of the words appearing together in literature and media. In other words, this implicit prejudice is driven more by culture than by any innate horribleness in the person, said study researcher Paul Verhaeghen, a Georgia Tech psychologist.

"There’s one idea that people tend to associate black people with violence, women with weakness, or older people with forgetfulness because they are prejudiced. But there’s another possibility that what’s in your head is not you, it’s the culture around you," Verhaeghen said in a statement. "And so what you have is stuff you picked up from reading, television, radio and the Internet. And that’s the question we wanted to answer: are you indeed a racist, or are you just an American?"

In study after study, people more quickly associate word pairs that bring to mind stereotypes. "Female" and "weak" would be more quickly associated than "female" and "mundane," for example. This implicit prejudice is different than explicit prejudices, which psychologists measure by asking people questions about how they feel about various social groups.

The word pairs were a mixture of stereotyped terms about men, women, blacks, whites and young and old people. There were also non-social word pairs such as "cat - jumpy" and "dog - dumb." Some of the pairs included nonsense words as well.

In all three experiments, a faster reaction time in answering the question indicates a closer link between the two words in the brain. Like in other studies, participants were faster at reacting to word pairs that elicited stereotypes. [Read: 5 Myths About Gay People, Debunked]

But this experiment had another layer: The researchers analyzed the results using a computer program called BEAGLE, or the Bound Encoding of the Aggregate Language Environment. This program contains a sample of books, magazine and newspaper articles, about 10 million words total. It's meant to mimic the amount of reading an average college student has done in his or her life.

The program analyses all the words in the reading sample, including how often two words appear near one another. If culture plays into implicit stereotyping, closely related words should always result in fast reaction times, regardless of the social meaning of those words.

Comparing their participants' results to BEAGLE confirmed that, indeed, words that appear more often together in the real world trigger faster reaction times in the lab. This applies for positive and negative stereotypes, such as "male - strong" and "female - weak" and for completely neutral pairs such as "summer - sunny."

There was also no relationship between people's implicit prejudices as measured by reaction time, and their explicit racism, sexism or ageism as measured by questionnaires.

"This suggests that at least part of the alleged racist/sexist/ageist hiding inside us all is a monster not of our own making; it is built out of memes borrowed from close contact with our environment," Verhaeghen and his colleagues reported online Sept. 17 in the British Journal of Social Psychology.

Although limited by the college-age population, the researchers argue that the results paint a picture of prejudice as a painful cycle: Prejudiced thought begetting prejudiced speech, which is then internalized to begat even more prejudiced thought.

But "culture made me do it" is no excuse for racism, they add, writing, "society's influence on its individual constituents does not absolve these individuals from their own personal responsibilities." In fact, Verhaeghen said, the study suggests the need for extra caution.

"There's a reason for political correctness," he said. "At least, as studies suggest, it might be a good idea to not put stereotypes out there too clearly, because if you do, people will internalize them."