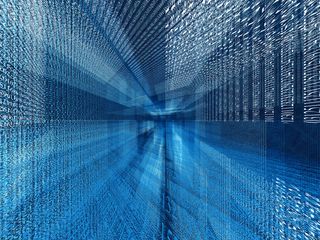 Irrational numbers are real numbers that, when expressed as a decimal, go on forever after the decimal and never repeat.
(Image: © Shutterstock)

Related: The 9 Most Massive Numbers in Existence

Who figured out irrational numbers?

The Greek mathematician Hippasus of Metapontum is credited with discovering irrational numbers in the 5th century B.C., according to an article from the University of Cambridge. While working on a separate problem, Hippasus is said to have stumbled on the fact that an isosceles right triangle whose two base sides are 1 unit in length will have a hypotenuse that is √2, which is an irrational number. (This can be shown using the famous Pythagorean theorem of a^2 + b^2 = c^2.)

As a reward for his great discovery, legend has it that Hippasus was thrown into the sea. This is because he was a member of the Pythagoreans, a quasi-religious order who believed that "All is number" and that the universe was made from whole numbers and their ratios. Disturbed by Hippasus' discovery, the group sentenced him to death by drowning.

The fear of irrational numbers later subsided, and they were eventually incorporated into mathematics. Together, rational and irrational numbers make up the real numbers, which include any number on the number line and which lack the imaginary number i.

The square root of 2

Despite Hippasus' fate, √2 is one of the best-known irrational numbers and is sometimes called Pythagoras' constant, according to the website Wolfram MathWorld.

That all may sound theoretical, but the number also has very concrete applications. International paper sizes incorporate √2. The International Organization for Standardization (ISO) 216 definition of the A paper size series states that the sheet's length divided by its width should be 1.4142. This makes it so that a piece of A1 paper divided in half by width will yield two A2 pieces of paper. Divide an A2 in half again, and it will produce two A3 pieces of paper, and so on.

Pi is the ratio of the circumference of a circle to its diameter. Mathematicians have known about pi since the time of the ancient Babylonians, 4,000 years ago.

Certain pi super-fans take great pride in memorizing as many digits of pi as they can. Suresh Kumar Sharma, of India, took the world record in 2015 by memorizing 70,030 digits of pi, according to the Pi World Ranking List.

Over the centuries, a great deal of lore has built up over the concept of phi, such as the idea that it represents perfect beauty or can be found throughout nature. But most of that is wrong. Phi is closely associated with the Fibonacci sequence, another source of many misconceptions.

The base of natural logarithms is called e for its namesake, the 18th-century Swiss mathematician Leonhard Euler.