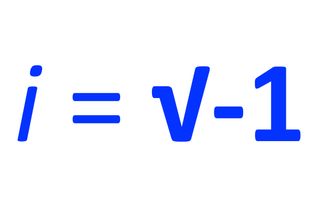 Usually denoted by the symbol i, imaginary numbers are denoted by the symbol j in electronics (because i already denotes "current"). Imaginary numbers are particularly applicable in electricity, specifically alternating current (AC) electronics. AC electricity changes between positive and negative in a sine wave. Combining AC currents can be very difficult because they may not match properly on the waves. Using imaginary currents and real numbers helps those working with AC electricity do the calculations and avoid electrocution.

Imaginary numbers can also be applied to signal processing, which is useful in cellular technology and wireless technologies, as well as radar and even biology (brain waves). Essentially, if what is being measured relies on a sine or cosine wave, the imaginary number is used.