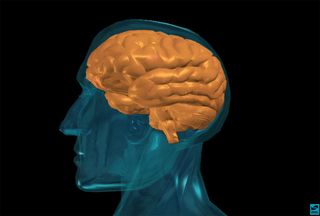 Different species and individuals have limits as to what they can learn. For instance, you can't teach your dog to read. But what sets these boundaries? According to a new hypothesis, components of an organism's brain cortex may help determine how well that organism — be it dog, monkey or human — learns and improves its cognitive skills. The cortex is your brain's outer layer — the exterior part you can see if you look at a picture of the whole organ. The new idea posits that small sets of neuronal cells in the cortex, called cortical modules, determine our "cognitive plasticity," that is, our capacity to learn new ways of thinking, or improve upon old ones. "What [constrains] an individual organisms' ability to learn cognitive skills is essentially the diversity and number of [cortical] modules they have," said Eduardo Mercado III, a psychologist at the University at Buffalo in New York. "So, if you think about it like a set of Legos, if you have more Legos, you can build a wider variety of things." Quality, not size, matters These cortical modules are very spatially distinct, like circles in a honeycomb-pattern layered over a brain, Mercado said. Past studies have shown that, in general, the larger the cortex, the higher an organism's intellectual level will be. However, with Mercado's hypothesis, it is not necessarily the size, but rather, the variety and quantity of cortical modules that matter. A larger cortex simply provides space for lots of diverse modules. His idea may explain why rats are thought to have a greater cognitive plasticity than cows, even though cows have a larger cortex. Mercado predicts that if you compared the brains of these animals in a very detailed way, the rat would have more variety, and perhaps a larger number, of cortical modules. So what controls the amount and diversity of these modules? They are influenced by both genetics and the environment, Mercado said. "From birth you have genetic codes that are determining essentially the gross number that you have … so that's sort of a rough guide," he said. Later, developmental and learning experiences can increase or decrease the variety or the number of cortical modules, he said. Changes in these modules may also explain why people have different learning capacities as they grow older. What about humans?

If you looked at two people's brains, you couldn't necessarily tell which one would have a higher intellectual capacity, Mercado said. Even if one person has a wider variety of cortical modules than someone else, experiences may still determine whether or not he or she meets their full potential.

"Imagine someone who would be a really capable mathematician, but they were never exposed to math," Mercado said. "They may have more diverse modules than someone who's a professional mathematician who has less potential, but has been training their whole lives. So [the mathematician's] capacity would still be greater, even though they had less [module] diversity [initially]," he said.

Right now, comparing the cortical modules in two people's brains would be almost impossible because there is not an easy way to view them in live people. Scientists study these modules either by slicing the brain and examining the individual cells, or by using brain electrodes.

Mercado's hypothesis is based on correlations, rather than direct evidence. Across species, having a larger number and variety of these modules is correlated with an increased intellectual capacity. And, in people, learning new skills leads to changes in brain circuitry that may mean you've increased the number of cortical modules.

"The region of the cortex that's being involved in that skill, it tends to enlarge, which suggests that there are more modules involved," Mercado explained.

While past studies have suggested that the size of the cortex is related to intelligence, Mercado is one of the first to suggest that cortical modules may be tied to our learning capacity.

Learning more about how cortical modules influence our cognitive plasticity could help educators tailor their teaching methods to allow students to reach their full potential.

However, more knowledge about what allows us to learn is not without dangers, Mercado said. Much like athletes use steroids to enhance their muscle fiber strength, it's possible that one day people may try and abuse drugs meant to improve cognition.

"New technologies for increasing cognitive plasticity have ethical implications far beyond those raised by doping in sports" and would give new meaning to the phrase 'changing your mind,'" Mercado said.

His hypothesis was published in the June issue of the journal Current Directions in Psychological Science.