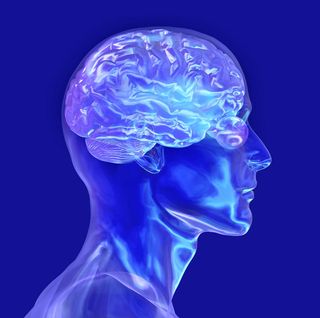 Our brains can fathom the beginning of time and the end of the universe, but is any brain capable of understanding itself?

With billions of neurons, each with thousands of connections, one's noggin is a complex, and yes congested, mental freeway. Neurologists and cognitive scientists nowadays are probing how the mind gives rise to thoughts, actions, emotions and ultimately consciousness.

The complex machine is difficult for even the brainiest of scientists to wrap their heads around. But the payoff for such an achievement could be huge.

“If we understand the brain, we will understand both its capacities and its limits for thought, emotions, reasoning, love and every other aspect of human life,” said Norman Weinberger, a neuroscientist at the University of California, Irvine.

What makes the brain such a tough nut to crack?

According to Scott Huettel of the Center for Cognitive Neuroscience at Duke University, the standard answer to this question goes something like: “The human brain is the most complex object in the known universe … complexity makes simple models impractical and accurate models impossible to comprehend.”

While that stock answer is correct, Huettel said, it’s incomplete. The real snag in brain science is one of navel gazing. Huettel and other neuroscientists can’t step outside of their own brains (and experiences) when studying the brain itself.

“A more pernicious factor is that we all think we understand the brain—at least our own—through our experiences. But our own subjective experience is a very poor guide to how the brain works,” Huettel told LiveScience.

“Whether the human brain can understand itself is one of the oldest philosophical questions,” said Anders Garm of the University of Copenhagen, Denmark, a biologist who studies jellyfish as models for human neural processing of visual information.

Scientists have made some progress in taking an objective, direct “look” at the human brain.

In recent years, brain-imaging techniques, such as functional magnetic resonance imaging (fMRI) have allowed scientists to observe the brain in action and determine how groups of neurons function.

They have pinpointed hubs in the brain that are responsible for certain tasks, such as fleeing a dangerous situation, processing visual information, making those sweet dreams and storing long-term memories. But understanding the mechanics of how neuronal networks collaborate to allow such tasks has remained more elusive.

“We do not yet have a good way to study how groups of neurons form functional networks when we learn, remember, or do anything else, including seeing, hearing moving, loving,” Weinberger said.

Plus these clusters of brain cells somehow give rise to more complex behaviors and emotions, such as altruism, sadness, empathy and anger.

Huettel and his colleagues used fMRIs to discover a region in the brain linked with altruistic behavior.

"Although understanding the function of this brain region may not necessarily identify what drives people like Mother Teresa,” Huettel said, “it may give clues to the origins of important social behaviors like altruism.”

The prized puzzle in brain research is arguably the idea of consciousness. When you look at a painting, for instance, you are aware of it and your mind processes its colors and shapes. At the same time, the visual impression could stir up emotions and thoughts. This subjective awareness and perception is consciousness.

Many scientists consider consciousness the delineation between humans and other animals.

So rather than cognitive processes directly leading to behaviors (unbeknownst to us), we are aware of the thinking. We even know that we know!

If this mind bender is ever solved, an equally perplexing question would arise, according to neuroscientists: Why? Why does awareness exist at all?

Ultimately, Weinberger said, “understanding the brain will enable us to understand what it truly is to be human.”