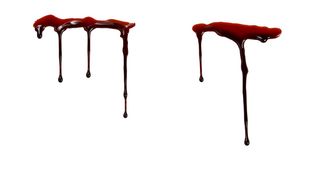 It sounds like a scary Halloween costume: a man with bloody tears pouring down his face. But for a man in Italy, such tears were the real thing, the result of a rare condition that causes people to cry blood.

The 52-year-old man went to an emergency room after bloody tears fell from both his eyes, something that had never happened to him before, according to a new report of the case, published today (Oct. 31) in The New England Journal of Medicine. Although the tears looked dramatic, they were not painful, and the man had not experienced any facial trauma.

He also had normal vision and was able to move both of his eyes without problems.

The bloody tears stopped spontaneously about 1 hour after they began, the report said. [27 Oddest Medical Cases]

Doctors diagnosed the man with hemolacria, a rare condition in which blood appears in a person's tears. A number of things can cause the condition, including eye infections, inflammation, or tumors of the eye or surrounding structures, the report said. Some people can even experience bloody tears if they have a backward flow of blood from a nosebleed, as was the case for a woman in the United Kingdom. She tried to stop a nosebleed by pinching her nose, only to have blood come out of her eye and ear, according to a 2003 report of the case.

In the new case, an eye examination revealed that the man had noncancerous tumors called hemangiomas on both eyelids. These tumors are extra growths of blood vessels that usually appear shortly after birth, according to the U.S. National Library of Medicine.

The man was treated with an eye-drop medication called timolol, which reduces pressure in the eyes. One year later, the man told his doctors that he had not experienced any more episodes of bloody tears.