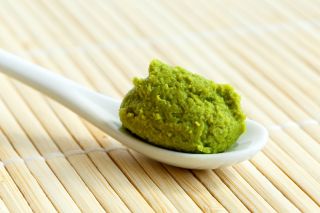 A woman got more than a burning mouthful when she mistook a serving of wasabi for avocado — the spicy food appeared to cause her to develop "broken-heart syndrome," according to a new report of the case.

The 60-year-old woman was attending a wedding in Israel when she ate "a large amount of wasabi," which she thought was avocado, according to the report, published Sept. 20 in the journal BMJ Case Reports.

A few minutes later, she felt a "sudden pressure in her chest radiating to her arms," the report said.

Despite this symptom, the woman decided to stay at the wedding, and the pain subsided. But the next day, she felt general weakness and discomfort, which prompted her to go to the doctor.

At the hospital, tests revealed that the woman had broken-heart syndrome, also known as Takotsubo cardiomyopathy, according to the report authors, from Soroka University Medical Center in Beer Sheva, Israel.

Broken-heart syndrome is a condition in which the heart's main pumping chamber, the left ventricle, becomes enlarged and weakened so that it doesn't pump properly, Live Science previously reported. Symptoms can resemble those of a heart attack, and include chest pain and shortness of breath. Unlike damage from a heart attack, however, broken-heart syndrome is temporary, and most patients recover within a month.

In the woman's case, it appears that eating about a teaspoon of wasabi triggered broken-heart syndrome.

This isn't the first report of broken-heart syndrome triggered by food, but most other cases emerge after a severe allergic reaction to the food.

"To the best of our knowledge, this is the first report of Takotsubo cardiomyopathy triggered by wasabi consumption," they wrote.

Still, the authors don't think that wasabi is dangerous, at least in the small amounts that people typically consume. Some studies even suggest the food has benefits, including antioxidant activity, the authors wrote in the study.

The woman was treated with heart medications, including ACE inhibitors and beta blockers, both of which lower blood pressure. One month later, her heart tests appeared normal, indicating she had recovered from her condition, the report said.