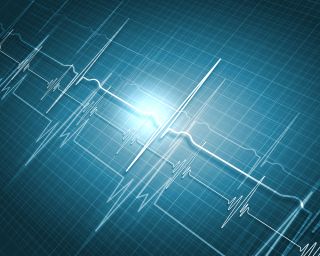 A judge in Ohio recently ruled that the data from the pacemaker of a man accused of arson could be used at his trial, according to news reports.

The case may be the first of its kind to use "data from a beating heart as evidence," the Journal-News reported earlier this month.

The 59-year-old Ohio man, Ross Compton, told police that he had been sleeping when the fire started in his house, according to the Journal-News. Compton said he woke up during the fire, packed some belongings, broke his bedroom window with his cane, threw the belongings outside and loaded them into his car. [Heart of the Matter: 7 Things to Know About Your Ticker]

But the police obtained a search warrant for Compton's pacemaker data, and a doctor who reviewed this record of the man's heartbeat said the data didn't back up the man's story. "It is highly improbable [that] Mr. Compton would have been able to collect, pack and remove the number of items from the house, exit his bedroom window and carry numerous large and heavy items to the front of his residence during the short period of time he has indicated due to his medical conditions," the doctor said, according to the Journal-News.

But what kinds of data could a pacemaker show?

A pacemaker is a device that's implanted in a person's chest to ensure that the heart beats fast enough.

Originally, pacemakers had only one function: to set the pace of the heart, said Dr. Kabir Bhasin, director of clinical education for cardiac electrophysiology at Lenox Hill Hospital in New York City. That meant a pacemaker would kick in only if a patient's heart rate went below a certain threshold — for example, 60 beats per minute (bpm).

Bhasin was not involved in the man's trial and did not comment on the trial. Rather, he spoke to Live Science only about pacemaker data in general.

But pacemakers that had only one threshold for kicking in had limited usefulness, because heart rate varies depending on what you're doing, Bhasin told Live Science. For example, your heart rate may be 60 bpm when you're sitting but 100 bpm when you're climbing stairs, Bhasin said. And during exercise, it could be even higher.

To account for these changes in activity levels, a pacemaker now may come with an accelerometer, which senses how a person is moving around in space, Bhasin said. For instance, the accelerometer can sense when a person is walking, and signal to the device that the heart rate should be higher than 60 bpm — maybe 90 bpm.

Doctors can look at the data from the accelerometer to learn about a patient's activity levels, Bhasin said. However, companies generally provide doctors with the processed data, not the raw data, he noted. Typically, this processed data shows trends over time, as opposed to a person's exact heart rate at specific points in a day.

Pacemakers can also provide other types of data.

"Pacer demand," for example, refers to how much the person's heart relies on the device and which part of the heart is requiring it, Bhasin said. Although most people's pacemakers turn on only in specific scenarios, a small subset of people rely entirely on their pacemakers; without them, their hearts wouldn't beat, he said. [5 Amazing Technologies That Are Revolutionizing Biotech]

The other aspect of pacer demand refers to which part of the heart is affected, Bhasin said. Pacemakers can act on the top of the heart, the bottom of the heart, or both.

The devices also can track a person's cardiac rhythm. Normally, the rhythm of the heart is set by something called the sinus node, Bhasin said. The sinus node sits in the top of the upper-right chamber of the heart.

When the sinus node is setting pace, a person is said to be in "normal sinus rhythm," Bhasin said. But sometimes, other parts of the heart try to set the rhythm. This is known as arrhythmia, or irregular heartbeat, he said.

Cardiac rhythm is different from heart rate, Bhasin said. Cardiac rhythm refers to how the heart is beating, not how fast. For example, two people could both have a heart rate of 70 bpm, but in one person, the heart might be in normal sinus rhythm, while in the other, there could be an arrhythmia.

Compton's trial is set to begin in December, according to news reports.