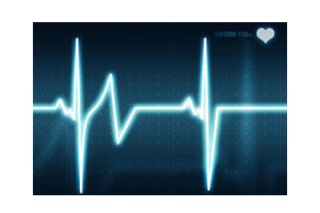 These days, there are tons of fitness gadgets available to track everything you want to know about your workout. One of the most common features on fitness trackers is a heart rate monitor.

But knowing your heart rate gives you more information than simply how quickly your heart is beating (measured in beats per minute, or bpm). [What Is a Normal Heart Rate?]

But exercising at different intensities (and, therefore, at different heart rates) also sets off different processes in the muscles and cells throughout the body. Therefore, your heart rate can offer some clues about the general biological processes going on in the rest of your body while you are exercising, said Dr. Benjamin Levine, a cardiologist at the University of Texas Southwestern Medical Center in Dallas.

The heart's job is to pump blood throughout the body. That blood delivers oxygen to the body's cells, which use it to make a molecule called ATP (adenosine triphosphate) that serves as cells' source of energy.

The higher the intensity of your exercise, the more ATP you need to make, Levine told Live Science.

Therefore, as your exercise intensity increases, your skeletal muscles need more blood, Levine told Live Science. So the muscles signal to the brain that more blood is needed, and in turn, the brain signals the heart to speed up its beating, to deliver blood more quickly, he said.

The blood also carries away waste that the body's cells produce, said Levine, who is also the director of the Institute for Exercise and Environmental Medicine at Texas Health Resources. One waste product is lactate, a byproduct of converting carbohydrates into ATP. (As with heart rate, the levels of lactate in the blood can be used to measure exercise intensity in a lab, Levine added.)

But muscle cells need more than oxygen to make ATP; the body also needs fats and carbohydrates to generate this energy.

And here's the key point: Whether the body relies more heavily on fats or carbohydrates for fuel depends on exercise intensity. At lower intensities (and therefore lower heart rates), the body uses more fats than carbohydrates as a source of energy, Li said. At higher intensities, these sources flip, she said.

Although fat is a great source of energy, breaking it down requires a lot of steps, Li said. For starters, there's only a limited amount of fat found in skeletal muscle; the vast majority is found in other parts of the body, she said. Therefore, the fat molecules first have to be transported to the muscles before they are broken down to make energy, she said.

At higher exercise intensities (and therefore higher heart rates), the muscles need energy faster than fat can provide it, so there is a shift to the body's stored carbohydrates, which can be broken down faster, Li said.

But there's no point where the body would use only fats or only carbs, Li added; there's always a mix.

Indeed, while some people refer to lower-intensity exercises as fat burning exercises because fat is the primary source of fuel, "it's a bit of a myth to call one [type of exercise] fat burning and another not fat burning," Levine said. [The Best Heart Rate Monitor Apps]

Of course, for many people who exercise, the focus isn't on what's going on inside their cells during their workout, but rather how their type of exercise helps them achieve their fitness goals. Knowing your heart rate can be valuable in helping you achieve those goals as well. [Who Has the Most Accurate Heart Rate Monitor?]

Heart rate is a useful measure for people trying to push themselves and train their cardiovascular system in an organized way, Levine said.

The closer a person gets to his or her maximum heart rate, the harder it will be to sustain that level of intensity for a longer period of time, Levine said. For example, a 20-year-old with a maximum heart rate of 200 bpm would likely be able to sustain an exercise intensity of about 186 to 200 bpm for 15 to 20 minutes, he said.

At a lower intensity, a person would be able to sustain the exercise longer. For example, a 20-year-old who exercised at about 170 to 185 bpm would be at the intensity of athletes running a 10k, which usually takes somewhere around an hour, Levine said.

The next level down, between about 160 and 170 bpm for this person, is the "maximal steady state," or the most amount of work the person can do for the longest period of time, Levine said. This is the level of intensity that a marathon runner would run at for 2 to 4 hours, he said.

Finally, a heart rate below 140 is considered in the recovery zone, which is important for anyone exercising, Levine added.

At the end of exercise, taking time for a brief recovery period, or cooldown, in this heart rate zone allows your heart rate to decrease gradually and return to its resting rate. Stopping too quickly could cause you to pass out or feel sick, according to the American Heart Association.