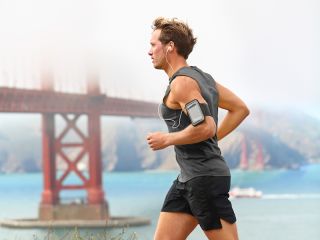 In the study, 21 men did strength training two days a week for 12 weeks. About half of the group took a 10-minute ice bath, in water that was about 50 degrees Fahrenheit (10 degrees Celsius). The other half cooled down actively, by riding exercise bikes after each workout.

The researchers found that, at the end of the study, muscle strength and mass increased more in the men who cooled down on exercise bikes than in those who took ice baths.

"We found that cold water immersion after training substantially attenuated, or reduced, long-term gains in muscle mass and strength," lead study author Llion Roberts, of the University of Queensland in Brisbane, Australia, said in a statement.

In the second part of the study, the participants performed exercises to strengthen their legs, and then took either an ice bath or actively cooled down afterward. Then, the researchers collected and examined samples of muscle tissue from the men's legs.

It turned out that, in the ice-bath group, the activity of cells that are crucial for building bigger and stronger muscles was blunted for up to two days after exercise. [7 Common Exercise Errors (And How to Fix Them)]

"We conducted the study because it is commonly assumed that ice baths allow athletes to train harder in subsequent training sessions, but it remained unclear as to whether this would translate to better long-term adaptations to strength training," study co-author Jonathan Peake, of Queensland University of Technology in Brisbane, Australia, told Live Science.

The new findings are in line with previous research, published in 2014 in the Journal of Strength & Conditioning Research, which also found that cold-water immersion reduced gains in muscle strength.

"We have shown some clear negative effects of undertaking ice baths after single and repeated bouts of strength exercise," Roberts told Live Science. However, he noted that ice baths may not have the same negative effects on muscles after exercise that focuses more on endurance and less on strength, such as running or cycling, he said.

For now, the researchers said they would not recommend that people take ice baths after strength-training sessions. The new "results suggest individuals who use strength training to improve athletic performance, recover from injury or maintain their health, should reconsider using cold water immersion as a recovery aid," Peake said in a statement.

The new study was published Aug. 13 in the Journal of Physiology.