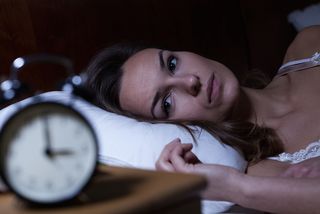 Trouble sleeping may take a bigger toll on women than on men, a new study from Australia finds.

Women in the study were more likely than men to have sleep disorders that made them feel tired during the day, the researchers found. And women were also more likely to have trouble with memory and concentration due to sleepiness.

"We found that females were more likely to have sleeping disorders associated with daytime sleepiness," study co-author Dr. John Malouf, the founder of the SleepGP sleep clinic in Coolangatta, Australia, said in a statement. "Females were also likely to feel more affected by the burden of their symptoms." [5 Surprising Sleep Discoveries]

In the study, which was published in May in the Journal of Clinical Sleep Medicine, the researchers looked at data on nearly 750 adults in Australia who had sought medical care for sleep problems between April 2013 and January 2015. At the time, the people filled out questionnaires about their sleep and overall health.

One-third of all people in the study said that they had trouble falling asleep at night, though this was more common among the women than the men. Nearly half of the women reported problems falling asleep, compared with just 27 percent of men.

The women in the study also reported more problems during the day as a result of their sleep problems at night.

The reasons behind these differences between the sexes are unclear, and more research is needed to explore possible reasons, the researchers said. However, previous studies have suggested that hormonal factors as well as anatomical and physiological differences between men and women may play a role, the study said.

Women in the study also seemed to be more affected by their partners' snoring, the research said. Snoring men were more likely to keep their partners awake than snoring women were.