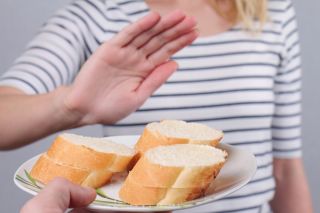 CHICAGO— Avoiding gluten is a worldwide phenomenon, but the reasons why people do so vary, a new study finds. And in the United States, it's more common for people to say that they avoid the protein because they have a gluten sensitivity, compared with other countries.

In the study, the researchers looked at the relative rates of the two main reasons that people give for avoiding gluten: that they have celiac disease and that they have a gluten sensitivity.

People with celiac disease can't digest gluten normally. When they eat it, the protein prompts the immune system to attack the small intestine, leading to problems such as diarrhea, bloating and weight loss. People with gluten sensitivity experience abdominal pain or other symptoms when they eat gluten, but they do not test positive for celiac disease in lab tests.

In the new study, researchers found that people in U.S. reported the highest relative rates of avoiding gluten because of gluten sensitivity compared with the rates of avoiding it due to celiac disease: 30 percent of the Americans in the study said that gluten sensitivity was the reason they avoided the protein, according to the study, which was presented here Sunday (May 7) at Digestive Disease Week, a scientific meeting focused on digestive diseases. [5 Ways Gut Bacteria Affect Your Health]

In the study, the researchers surveyed more than 9,000 people in more than 70 countries who said that they were interested a purchasing a device that detected gluten. The people filled out a questionnaire that asked why they avoided gluten and if they also avoided other types of food.

There were big differences in the relative rates of reported celiac disease compared with gluten sensitivity in the countries and regions surveyed, said lead study author Haley Zylberberg, a research fellow at the Celiac Disease Center at Columbia University in New York City.

In Argentina, for example, the relative rates of gluten sensitivity were significantly lower than in the United States, with only 5 percent of the Argentinians in the survey saying that this was their reason for avoiding the protein. The vast majority of Argentinians (95 percent) in the survey said they avoided gluten because of celiac disease, the researchers found.

It's possible that people avoid gluten because they are simply following health trends, such as gluten-free diets, and avoiding other foods, too, Zylberberg added. They may think that avoiding gluten is healthier, even though it's well-known that gluten isn't bad for people who don't have celiac disease or a gluten sensitivity, she said.