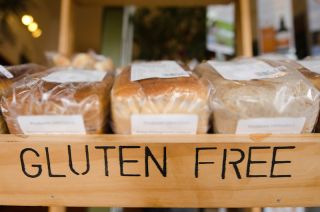 Gluten-free diets are all the rage these days, but for most people, shunning gluten may offer no benefit to overall health, a new analysis suggests.

In fact, the people in the study who ate more gluten were 13 percent less likely to develop type 2 diabetes over the 30-year study than those who ate less gluten, the researchers found.

Some people should not consume gluten — a protein found in grains such as wheat, rye and barley — for health reasons. For example, some people have an intolerance to gluten, and others have Celiac disease, the researchers said. Celiac disease is an autoimmune disorder that affects mostly the small intestine; when people with this disease eat gluten, their immune system responds by attacking the intestine's lining. A gluten intolerance, by contrast, means that a person experiences symptoms such as abdominal pain, bloating or fatigue after eating gluten but does not actually have Celiac disease.

However, even some people who do not have Celiac disease or an intolerance to gluten believe that gluten-free diets are healthier than those that include gluten products, and the researchers wanted to see whether this belief might have any scientific merit, said lead study author Geng Zong, a nutrition research fellow at Harvard University's T.H. Chan School of Public Health in Boston. [Science You Can Eat: 10 Things You Didn't Know About Food]

In the study, the researchers looked at surveys conducted every 2 to 4 years in which nearly 200,000 people reported what they ate. The researchers estimated the participants' gluten intake based on this information, and then looked at which participants went on to develop type 2 diabetes over the 30-year study period. Type 2 diabetes — the most common type of diabetes — occurs when the body has lost the ability to use insulin efficiently. This inability, in turn, leads to high blood sugar levels, which over time, can damage blood vessel walls, nerves and other tissues.

The researchers focused on studying the people's risk of diabetes because this condition is one of the leading causes of death in the U.S., Zong said.

It turned out that, by the end of the study, nearly 16,000 people in the study had developed type 2 diabetes. Most people in the study ate less than 12 grams of gluten per day, the researchers found. When the researchers examined the relationship between gluten consumption and the people's risk of developing type 2 diabetes, they found that the people who ate the most gluten had a 13-percent lower risk of developing type 2 diabetes during the study period than the people who ate the least gluten, according to the findings, presented today (March 9) at the American Heart Association's Epidemiology and Prevention / Lifestyle and Cardiometabolic Health 2017 Scientific Sessions meeting. [7 Biggest Diet Myths]

One possible explanation is that the people who consumed more gluten also ate more fiber, which, as previous research suggested, may help to lower a person's diabetes risk. However, more research is needed to examine the relationship between gluten consumption and a person's risk of diabetes, the researchers said.