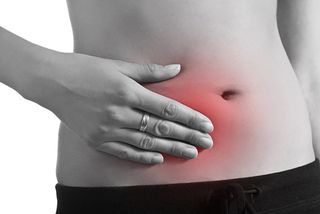 A woman's microbiome may signal if cancer is lurking in her body, a small new study suggests.

In the study, researchers at the Mayo Clinic looked at the microbes found in women's reproductive tracts, and found that women with one type of uterine cancer had different microbes than women without this cancer.

The cancer, called endometrial cancer, is the most common type of gynecological cancer, according to the National Cancer Institute. But little is known about what causes it, the researchers wrote in the study, which was published Thursday (Jan. 5) in the journal Genome Medicine.

The microbiome is the community of microorganisms that live in and on human bodies. In previous studies, researchers have linked people's microbiomes to other types of cancer, the new study said. For example, there is a well-established link between the bacteria known as Helicobacter pylori and stomach cancer, the researchers wrote.

In the new study, the researchers looked at 31 white women who had been scheduled to have a hysterectomy, which is a surgery to remove the uterus, at the Mayo Clinic in Minnesota. Among these women, 17 had been diagnosed with endometrial cancer and four had been diagnosed with a condition called endometrial hyperplasia, which can be precursor to endometrial cancer. The remaining 10 women were undergoing hysterectomies for other reasons — they did not have the cancer or the precancerous condition — and were therefore the control group. [5 Myths About Women's Bodies]

During the procedure, the surgeons took swabs of the women's vaginas and cervixes. Then, after the surgery, the organs that had been removed — including the women's uteruses, fallopian tubes and ovaries, were swabbed as well — according to the study.

The researchers found that women with either endometrial cancer or endometrial hyperplasia had significantly higher levels of two types of bacteria, called Atopobium vaginae and Porphyromonas species, in their uteruses compared to the women in the control group.

In addition, these same microbes were found in higher levels in the vaginal tracts of the women with either endometrial cancer or endometrial hyperplasia compared with the women in the control group, although the researchers noted that the association in this case was not as strong.

The researchers also found that the association between the microbes in the reproductive tract and uterine cancer was even stronger among the women who also had a high vaginal pH. [7 Facts Women (And Men) Should Know About the Vagina]

It's unclear what role the two types of microbes play in the development of endometrial cancer, the researchers said. However, they hypothesized that one type of bacteria, A. vaginae, may be a cause of chronic inflammation, which could make cells in the reproductive tract more vulnerable to the Porphyromonas species of bacteria. This, in turn, could disrupt the cells and lead to the development of cancer, the authors said.

One limitation of the study was its small size, the researchers said, adding that they hope to do additional studies that include more women of different ethnicities.

If the findings hold up, they may help scientists develop tests using the microbiome to screen women for uterine cancer, the researchers wrote. In addition, the findings could help researchers find a way to prevent uterine cancer by modifying the microbes found in the reproductive tract, lead study author Marina Walther-António, an assistant professor of surgery at the Mayo Clinic, said in a statement.