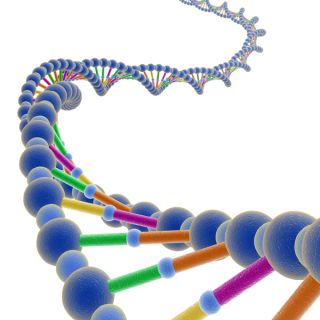 That's because the cervical fluid collected during a Pap smear can contain cells, including cancer cells, that have been shed from theovaries or endometrium (the lining of the uterus). During the study, researchers developed a test to look for genetic markers of ovarian and endometrial cancers that were present in the cervical fluid. (The new test requires cervical fluid from a Pap smear, but analyzes it in a different way than does the test for cervical cancer.)

Among women already known to have these cancers, the test correctly identified 100 percent of endometrial cancers, and 41 percent of ovarian cancers. Fourteen healthy women also had the test, and none were identify as having cancer.

The new test, or one like it, might one day be used to screen for ovarian and endometrial cancer, but the researchers stress much more work needs to be done before this could happen. Researchers need to study the test in a much larger group of women, and investigate whether or not it can find cancer in its earliest stages.

In the United States, about 15,000 women die from ovarian cancer and 8,000 die from endometrial cancer each year. Symptoms of ovarian cancer are vague, and women with the disease are often not diagnosed until the cancer has spread to other parts of the body. [See 5 Things Women Should Know About Ovarian Cancer.]   Endometrial cancer is typically diagnosed early when symptoms such as vaginal bleeding occur.

During a Pap smear, doctors use a brush to collect samples of cells from the cervix, which are then studied under a microscope for signs of cancer. Recently, researchers have started testing cervical samples for DNA from human papillomavirus, or HPV, a virus that can cause cervical cancer.

The cost of PapGene could be similar to that for HPV testing, which is about $100, the researchers said.

A few changes might improve the ability of PapGene to detect ovarian cancer, such as inserting the cervical brush deeper into the cervical canal during a Pap smear, or finding more genetic markers of the disease, said study researcher Dr. Chetan Bettegowda, an assistant professor of neurosurgery at Johns Hopkins University.

But it could be that the biology of ovarian cancer may not always lend itself to this type of testing. "Perhaps only a proportion of ovarian cancers would have cells or DNA that are shed in sufficient quantities for detection [in the cervix]," Dr. Shannon Westin, a gynecologic oncologist at the University of Texas MD Anderson Cancer Center in Houston, and colleagues, wrote in an editorial accompanying the study.

The study and editorial are published today (Jan. 9) in the journal Science Translational Medicine.

Pass it on: A new test looks for genetic markers of ovarian and endometrial cancers in samples collected from Pap smears.