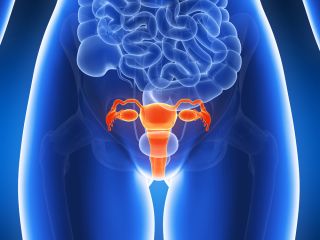 Mutations in women's BRCA genes, which are linked to both breast cancer and ovarian cancer, may also increase their risk of developing a particularly deadly form of uterine cancer, a new study finds.

The BRCA1 and BRCA2 genes are sometimes referred to as the "breast cancer genes" because women who have a mutation in one or both of these genes face a much greater risk of developing breast and/or ovarian cancer than women without mutations in these genes.

But previous studies have also suggested that women with a BRCA1 or BRCA2 mutation may also be more likely to develop a type of uterine cancer called uterine serous carcinoma, said Dr. Noah Kauff, director of clinical cancer genetics at the Duke Cancer Institute in North Carolina and the senior author of the new study. [7 Diseases You Can Learn About from a Genetic Test]

Uterine serous carcinomas make up about 10 percent of all uterine cancers, Kauff told Live Science. However, these cancers account for nearly half of all deaths from uterine cancer, he said. "These are aggressive cancers," he added.

The researchers looked at data on more than 1,000 women who tested positive for either the BRCA1 or BRCA2 mutation, according to the study, published today (June 30) in the journal JAMA Oncology. All of the women in the study underwent preventive surgery to remove their ovaries and fallopian tubes. Over a follow-up period of seven to 13 years, eight of the women developed uterine cancer, including five who developed uterine serous carcinoma, the researchers found.

Although that number may seem small, it is significantly higher than the number of cases the researchers expected, based on the known rates of this type of cancer.

Of the five cases of uterine serous carcinoma that actually occurred, four were in women with the BRCA1 mutation.

So although it was a small number of cases, it was 22 times greater than the number the researchers expected, making it highly unlikely to be a chance event, Kauff said.

The researchers also obtained tissue samples from three of the uterine serous carcinomas, all from women with BRCA1 mutations. When they analyzed the samples, they found that in all three cases, there were problems with the protein that the BRCA1 gene encodes in cells.

The study suggests that the BRCA1 mutation, in particular, is linked to an increased risk of uterine serous carcinoma, Kauff said.

Given these findings, Kauff said he believes doctors should speak to women with BRCA mutations about potentially having surgery to remove the uterus, in addition to the typical procedure that is suggested as a preventive measure, which involves removing the ovaries and the fallopian tubes. Although the additional procedure comes with additional risk to the patient, in some cases, the risk of developing such a deadly cancer would be greater, he said.

Several other oncologists who wrote an editorial, published alongside the study in the same journal, agreed.

While the study "suffers from a small number of cases," the findings add to the literature linking the BRCA1 mutation, in particular, with a small risk of uterine serous carcinoma, Dr. Ronald Alvarez and his colleagues wrote in the editorial. Alvarez is a gynecologic oncologist at the University of Alabama at Birmingham School of Medicine.

"Perhaps it is time to consider that the line for risk-reducing gynecologic surgery in patients with BRCA mutations not stop at the ovaries and fallopian tubes," they wrote. For certain women, a hysterectomy could also be performed with minimal added risk, they wrote.

Still, more studies are needed to determine how beneficial it would be for women with a BRCA mutation to also undergo a hysterectomy, they said. [The 10 Deadliest Cancers and Why There's No Cure]

Not all women with BRCA mutations develop cancer, Kauff said. "This is a hugely active area of research," he said.

And doctors would prefer an alternative to surgery for women with these mutations. But because there aren't effective ways to screen women for many gynecological cancers, preventive surgery is often the best option, he said.

In the future, scientists hope to find biomarkers, or the presence of certain molecules in the body, that can help predict who will develop cancer, he said.

BRCA mutations have also been linked to other cancers, including pancreatic cancer in men and women, and prostate and breast cancers in men, Kauff said. However, breast cancer and gynecological cancers in women are the most common types of cancer linked to the gene, he said.

Why cancer is more likely in these locations than in others, however, is a big unknown, Kauff said. Because the BRCA mutation is inherited, those who carry a mutation have it in every cell in their body, he said.

Why the mutation seems to preferentially affect certain cells needs to be determined, he said.