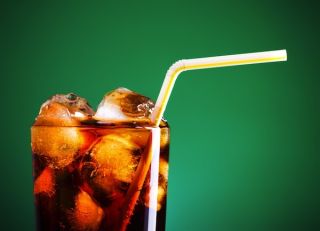 Postmenopausal women who drink beverages with added sugar may be more likely to develop cancer of the endometrium, which is the lining of the uterus, according to a new study.

The results held after the researchers controlled for other factors that could affect the risk, such as exercise, diabetes, smoking and BMI, according to the study published today (Nov. 22) in the journal Cancer Epidemiology, Biomarkers & Prevention.

The findings suggest that consuming drinks with added sugar "may be a risk factor for type I endometrial cancer regardless of other lifestyle factors," the researchers wrote in their study.

Studies have shown women's risk of endometrial cancer increases with higher levels of estrogen in the body — for example, increased estrogen due to more body fat, or taking hormone therapy for the symptoms of menopause, the researchers said. [5 Signs of Gynecological Cancer Women Ignore]

In the new study, the researchers looked at information from about 23,000 postmenopausal women who reported in 1986 how often they consumed various foods over the past year. The researchers checked in on the women's diets again in 2004, and found they were reasonably correlated.

By 2010, 506 women were diagnosed with endometrial cancer, most of them with a type that is fueled by the hormone estrogen, called estrogen-dependent type I.

While the study found an association between sugary drinks and endometrial cancer, it remains unclear whether a cause-and-effect relationship may exist. But it is possible that an increased intake of sugar-sweetened beverages contributes to obesity, which in turn increases the cancer risk, the researchers said.

In the study, the participants completed a questionnaire that asked about their intake of 127 foods over the previous 12 months. A typical portion size for each food item was provided to give study participants a sense of scale.

In line with previous findings, the results showed that older women, those with higher body mass indexes or diabetes and those who had used estrogen were at higher risk for endometrial cancer.

The researchers didn't find a relationship between cancer risk and sugar-free drinks, or sweet foods such as cakes and candy. It is possible that the way sugar is consumed, for example, whether it's added to drinks or digested along with fibers such as in fruits, affects its metabolism and absorption, the researchers said.

It is also possible that people who drink sugar-sweetened beverages too often also eat a poor quality diet and have an overall unhealthy lifestyle, the researchers said.

"Too much added sugar can boost a person’s overall calorie intake, and may increase the risk of health conditions such as obesity, diabetes, heart disease and cancer," Inoue-Choi said.