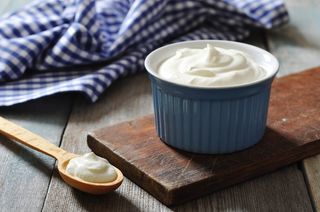 NEW ORLEANS — The microbes that live in your gut may play a surprising role in your blood sugar levels, a small new study from Canada finds.

The study involved people who were following the DASH diet, which is recommended for people with high blood pressure. The people on this diet who also consumed probiotics, which are considered "good" bacteria, had a decrease in several measures of blood sugar levels over a three-month period, according to the findings. People with consistently high blood sugar levels may or may not go on to be diagnosed with diabetes; a diagnosis can depend on the results of several tests.

Although more research is needed, the findings suggest that adding probiotics to the DASH diet could be used in the future to help protect against diabetes, said Arjun Pandey, a researcher at the Cambridge Cardiac Care Centre in Ontario and the author of the study. [8 Tips to Be a Probiotic Pro]

Pandey presented his findings here on Sunday (Nov. 13) at the American Heart Association's Scientific Sessions annual meeting. The findings have not been published in a peer-reviewed journal.

In the study, 80 people with high blood pressure were placed on either the DASH diet or the DASH diet plus probiotic-rich foods. About 15 percent of the participants had prediabetes, Pandey noted, which means their blood sugar levels were elevated but were not considered high enough to warrant a diagnosis of diabetes.

The DASH diet, which stands for Dietary Approaches to Stop Hypertension, is one of the most effective non-drug-related methods for improving certain aspects of heart health, including lowering blood pressure, Pandey told Live Science.

The people in the study who added the probiotics to their diet did so by replacing certain components of the DASH diet with probiotic-rich components, Pandey said. For example, instead of just consuming any type of low-fat dairy product, as recommended by the DASH diet, a person could eat a low-fat probiotic yogurt, he said.

Before the study participants started the diets, the researchers measured the people's hemoglobin A1C, fasting blood sugar levels and blood pressure. They took the measurements again at the end of the study.

Before the diets began, there were no differences in the measurements between the two groups, Pandey said. [Don't Be Fooled: 5 Probiotics Myths]

After three months, both groups had similarly lower blood pressure measurements, Pandey said. In other words, adding probiotics did not appear to be associated with a change in blood pressure, specifically.

But adding probiotics did have a significant link with the participants' blood sugar measurements, Pandey said.

Pandey noted that there were several limitations to the study, including the small number of study participants and the short duration of the study. To validate the findings, the research should be carried out in a larger, more diverse group of people for a longer time period, Pandey said.