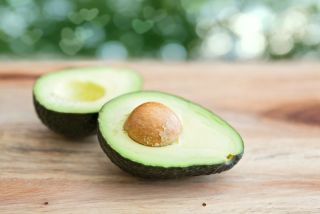 ORLANDO, Fla. — More and more evidence shows that the foods people eat can play a powerful role in heart health, affecting a number of different risk factors for heart disease.

And while researchers have known for years that trans fat and added sugar are bad for the heart, new information about other food ingredients — such as coconut oil, artificial sweeteners and compounds called plant sterols — is still coming to light.

"There are numerous rigorous studies being performed linking nutrients to levels of risk factors, like cholesterol levels or body weight," said Dr. Amit Khera, the director of the Preventive Cardiology Program at the University of Texas Southwestern Medical Center. Khera gave a talk on plant sterols on Monday (Nov. 9), here at a research meeting called the American Heart Association Scientific Sessions.

Larger studies are still needed to make definitive recommendations, but researchers are increasingly carrying out these types of studies, Khera told Live Science.

From Khera's research and other work presented at the meeting, here is a roundup of four foods that are sometimes thought to be heart healthy — and a look at what the research really says.

Coconut oil has recently surged in popularity, touted by some for its ability to help prevent heart disease.

And although there are indeed some favorable aspects to coconut oil — it shouldn’t be thought of as "unhealthy," per se — more research is still needed to determine whether it can really be considered a heart-healthy food ingredient, said Jo Ann Carson, the director of the department of clinical nutrition at the University of Texas Southwestern Medical Center, during her presentation on Monday.

The benefits of coconut oil may come from molecules called medium-chain fatty acids, which are a type of saturated fat, Carson said. [7 Foods Your Heart Will Hate]

There's also some evidence to suggest that medium-chain fatty acids are processed differently in the body than are other types of saturated fat, Carson said. This means the medium chains contained in coconut oil are less likely to be stored as fat or plaques in blood vessels, she said.

Carson drew an important distinction between much of the commonly available processed coconut oil and virgin coconut oil. During processing, coconut oil is heated, which can cause hydrogenation, Carson said. This actually increases the saturated fat content of the oil, and can even generate small amounts of trans fats, she said.

Virgin coconut oil, on the other hand, is made by simply pressing fresh coconut, which in addition to avoiding the formation of trans fat, also preserves phytonutrients, she said. Phytonutrients are plant compounds that can have health benefits.

Previous studies have shown that monounsaturated fats may have benefits for heart health, and there is increasing evidence that these fats may also be beneficial for weight loss, Peter Jones, the director of the Richardson Centre for Functional Foods and Nutraceuticals at the University of Manitoba in Canada, said during his presentation.

Despite the potential benefits of monounsaturated fats, moderation still needs to be the key message, he noted.

Sterols and stanols are plant compounds that are similar in structure to cholesterol and that block the absorption of cholesterol in the intestines.

Certain foods such as vegetables and nuts have naturally occurring plant sterols and stanols, while others such as orange juice and milk can be fortified with these compounds. Such foods have been shown to be effective in lowering LDL ("bad") cholesterol, and are currently recommended by the American Heart Association.

When people consume plant sterols and stanols, very little of the compounds ends up in the bloodstream, Khera said.

The compounds are available as supplements, but taking more of the compounds isn't better, Khera said. In people with a rare genetic condition called sitosterolemia, the body over-absorbs plant sterols and stanols into the bloodstream, and does not properly eliminate them, leading to high cholesterol. Sitosterolemia increases risk of atherosclerosis, or hardening of the arteries.

For people who don't have sitosterolemia, taking a plant sterol or stanol supplement wouldn't pose a risk, Khera told Live Science. However, because the risk of atherosclerosis associated with getting plant sterols and stanols from food is so much lower, he recommends avoiding the supplements until further studies are done to evaluate their safety.

Artificial sweeteners have come under attack in recent years, with some studies linking the zero-calorie sweeteners to weight gain or increased blood-sugar levels.

But Rachel Johnson, a professor of nutrition and pediatrics at the University of Vermont, said that artificial sweeteners can be included in a healthy diet and may help people with weight loss or weight maintenance.

Artificial sweeteners can be included in a healthy diet and may help people with weight loss or weight maintenance, Johnson said at the meeting. Of course, it is important that people don't turn around and add other calorie-rich foods and drinks to their diets, she added. [7 Diet Tricks That Really Work]

An influential study published in 2014 in the journal Nature suggested one type of artificial sweetener, saccharin, may increase blood-sugar levels in humans. But Johnson argued that the dose given to the study participants far exceeded what people normally consume. Additionally, the human part of the trial included only seven people for just one week, which is too small a population and too short a time to draw firm conclusions, she said.

Speaking about all the talks presented at the session, Jones noted that while more studies are needed, researchers do already have a massive amount of nutrition science under their belts.

As such, one of the steps needed now is for researchers to carefully evaluate which studies are valuable and which are not, Jones told Live Science. That way, researchers can group the more important contributions together, excluding other work that may be flawed, he said.