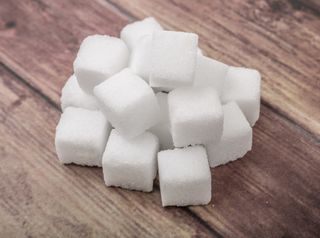 The sugar industry may have attempted to bias heart disease research in self-serving ways, downplaying studies that implicated sugar consumption in heart disease, and instead placing the blame on fats, a new study said.

In the study, researchers looked at correspondence that happened between the leaders of a sugar trade organization and heart disease researchers. The investigators also looked at internal sugar-industry documents and other materials.

The study focused on the circumstances surrounding the publication of a 1967 review article about the influences of dietary sugar and fat on coronary heart disease (CHD), which is caused by the narrowing of the arteries supplying blood to the heart.

That influential article "singled out fat and cholesterol as the dietary causes of CHD and downplayed evidence that sucrose consumption was also a risk factor," the researchers at the University of California, San Francisco, wrote in the new study, which appears today (Sept. 12) in the journal JAMA Internal Medicine.

But in the new study, the researchers "have produced compelling evidence that a sugar trade association not only paid for but also initiated and influenced research expressly to exonerate sugar as a major risk factor for coronary heart disease (CHD)," New York University nutrition and public health professor Marion Nestle wrote in an editorial accompanying the new findings in the journal. [10 Amazing Facts About Your Heart]

In the 1950s, there were two competing ideas about which dietary factors increased people's risk of coronary heart disease: Some researchers suggested that fat and cholesterol led to CHD, but others, particularly British physiologist John Yudkin, blamed sugar, the new study said.

In 1964, John Hickson, who was then the vice president and director of research for the SRF, mentioned Yudkin's research in an internal memo. Hickson recommended that the trade organization fund CHD research. "Then we can publish the data and refute our detractors," Hickson wrote in the memo, the authors of the new study said.

In 1965, the trade organization paid two Harvard researchers to conduct a literature review focusing on papers that had claimed that sucrose and fructose have "some special metabolic peril," the new study said.

"This is a very common practice in industry-funded research. Instead of actually producing new research, they will pay scientists to review the existing literature and come out with the kinds of conclusions they want," Laura Schmidt, a professor of health policy at UCSF and an author of the new study, told Live Science. [Special Report: The Science of Weight Loss]

In the two-part review, which was published in 1967 in the New England Journal of Medicine (part one, published July 27; part two, published Aug. 3), the researchers looked at whether a high-sucrose diet could lead to CHD. They also looked at which interventions would be more effective in preventing CHD: modifying sucrose or modifying saturated fat levels in the diet, the authors wrote.

The review concluded that the only dietary changes needed to prevent CHD were cholesterol reductions and the substitution of polyunsaturated for saturated fats, the authors of the new study wrote.

But that review used different standards to evaluate studies on sugar than those used to evaluate the studies on fat, biasing the findings in favor of sugar, Schmidt told Live Science. Further, though other funding sources were mentioned in the paper, the funding from the sugar industry was not disclosed, the authors of the new study wrote.

"We can only imagine that they didn't [disclose sugar industry funding] because it was a biased review and they didn't want anybody to know why," Schmidt said.

But the researchers of the new study said that the bias they found in that 1967 review "demonstrates that the sugar industry was … trying to push the scientific debate in directions that would deflect attention from the role of sugar in heart disease," Schmidt said. [Why Is Too Much Sugar Bad for You?]

Since then, studies have shown that consuming added sugar does in fact promote cardiovascular disease, Kimber Stanhope, a nutrition researcher at University of California, Davis, who consulted with the authors on the new study told Live Science.

For example, a 2014 study found a correlation between the percentage of calories in people's diets that came from added sugar and their risk of dying from cardiovascular disease, Stanhope said. And a 2015 study, which Stanhope led, found that supplementing young adults' diets with drinks sweetened with high-fructose corn syrup led to increased levels of cardiovascular risk factors in the blood, she said.

"Over the past 10 years, in particular, researchers have been very very aggressively studying sugar's role in metabolic diseases, including heart disease, and demonstrating what we should have been studying in 1965, when this whole thing started," Schmidt said.