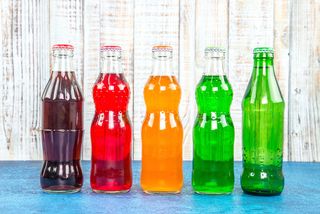 Scientists are still debating whether there is a real difference between the effects on a person's health of high-fructose corn syrup and those of sugar, even as the issue features in an ongoing lawsuit.

An attorney representing sugar companies said in court earlier this month that corn syrup cannot be compared to sugar; meanwhile, another attorney, representing corn refiners, said that corn syrup and sugar have the same amount of calories and the same impact on the body, according to news reports.

Each side is suing the other. The suits stem from an earlier lawsuit that sugar refiners brought in 2011 against the corn trade group, claiming that the group's description of high-fructose corn syrup (HFCS) as "corn sugar" and "natural" in an ad campaign was false. In 2012, the U.S. Food and Drug Administration ruled that corn syrup could not be called sugar. [Top 10 Good Foods Gone Bad]

In the current suit, sugar growers are asking for $1.1 billion from the corn refiners in compensatory damages over the prior advertising campaign. But the corn refiners have filed a $530-million countersuit, claiming that corn syrup is nutritionally the same as sugar, which is is scientifically known as sucrose.

Health experts say that the big picture is that neither substance is particularly good for you. "There probably is very little difference between HFCS and sucrose [in] how they affect the body," said Kimber Stanhope, an associate researcher of molecular sciences at the University of California, Davis. Stanhope's research has focused on clinical studies of the effects of diet on the development of metabolic disease.

Sugar and HFCS consist of the same two simple molecules: fructose and glucose. However, in sugar, the glucose and fructose molecules are attached to each other, whereas in HFCS they're not, Stanhope said. HFCS is merely a mixture of the two types of molecules.

Because HFCS consists of fructose and glucose that are not bonded, this substance can move out from the intestine and into the blood faster than sugar can, Stanhope said.

"With sucrose, [absorption into the bloodstream] might be slower," Stanhope said.

But whether HFCS's ability to move more quickly into the blood translates to actual differences in health effects remains unclear. Studies have shown that both HFCS and sugar can increase cardiovascular risks.

In one recent study, Stanhope looked at 85 people ages 18 to 40, and compared the health effects of drinking beverages and fruit juices sweetened with HFCS to those of drinking sugar-free beverages.

The participants were placed in four groups during the 15-day study period: Three groups  consumed beverages sweetened with HFCS that were equivalent to either 25 percent, 17.5 percent or 10 percent of the individuals' daily calories. The fourth group was a comparison group that drank beverages that were sweetened with the artificial sweetener aspartame.

Many previous studies have also showed that consuming too much sucrose can increase the risk of cardiovascular disease, Stanhope said.

"Even if there's a slight difference between the two, we have plenty of data to know they both increase the risk factors for cardiovascular disease," Stanhope said. "People who are thinking that 'natural' is an automatic safety ticket for everything really aren't looking at the big picture."

With both sucrose and HFCS, the body will store any excess when too much is consumed, Stanhope said.

But products that contain sugar and those that contain HFCS also differ in another important way: They contain different amounts of fructose.

Sugar always contains exactly 50 percent glucose and 50 percent fructose, Stanhope said. In contrast, "with HFCS, you can get a product that has variable amounts of fructose versus glucose," she said.

The reason for these variable amounts is that making HFCS involves enzymes that turn cornstarch into glucose and then into fructose. This allows manufacturers to combine the glucose and fructose into any ratio desired, Stanhope said. [8 Tips for Fighting Sugar Cravings]

Studies have shown that some drinks contain HFCS that consists of more than 55 percent fructose.

For example, researchers at University of Southern California analyzed the composition of 34 popular beverages and juices in a 2014 study published in the journal Nutrition. The scientists found that Coca-Cola, Pepsi, Dr. Pepper, Mountain Dew and Sprite all contain HFCS with 40 percent glucose and 60 percent fructose, according to a news release.

"If that is common, then we couldn't say that HFCS and sugar were metabolized the same" in the body, said Dr. Robert Lustig, a pediatric endocrinologist at the University of California, San Francisco.

Fructose is metabolized in the liver, and when a person consumes too much fructose, the compound is converted into fat, Lustig said. This fat then gets sent into the blood, in the forms of triglycerides and cholesterol, which increase the risk of cardiovascular disease, diabetes and liver disease. Excess glucose in the body is stored as glycogen (a complex carbohydrate), which can be used as energy later.

Only a few short-term studies have been done on the effects of higher fructose concentrations in HFCS, which makes it difficult to determine how metabolism of sucrose and HFCS might differ, Lustig said.

"It's the fructose molecule that's the problem," Lustig said.