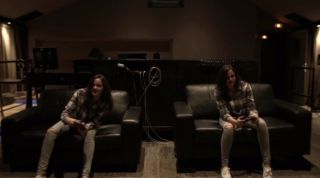 The Immersit is a motion- and vibration-generating device for games and movies that allows people to experience thrills and sensations from your couch.
(Image: © Immersit)

If you wish you could replicate the stomach-churning experience of the intergalactic "Star Tours" ride at Disneyland, or feel all the bumps and lurches of "The Simpsons" ride at Universal Studios, you're in luck. A new gadget can turn your ordinary couch into an immersive entertainment experience, helping you feel what you're seeing on-screen – whether it's launching into space or chasing a speeding car.

The aptly named "Immersit" motion-simulating device is inconspicuous in a living room, according to its creators. Its various parts can sit under a couch and cause sensations choreographed to actions in a movie or game. The Immersit can create 1,000 combinations of vibrations and movements in the couch, including tilt and bend, up and down and side to side, said Valentin Fage, CEO and founder of Immersit.

The device includes four accordion-shaped pads — the "muscles" — that slip underneath the couch and create the 1,000 sensations. There's also a "brain" that controls the pads' movements, and a "heart" that powers the system. The pads fan out from the controller, which sits underneath the middle of the couch. The power source connects directly to the controller. [VR Headset Mega Guide: Features and Release Dates]

The Immersit works with footed couches that seat up to three people. Most couches will work with the device, Fage told Live Science in an email, "unless [the feet] are very, very thin and fragile." The top of the pads that go under the couch's feet are made of plastic, steel and aluminum, and the bottom of the pads are made of an insulating material to avoid vibrations with the floor, he said.

The device will produce immersive sensations as long as the people sitting on the couch do not weigh more than 1,100 lbs. (500 kilograms) total, Fage said. Thrills are also not limited to only one person. "Two people can sit on it and enjoy the same experience," he said.

The system plugs into a TV or media device and comes pre-loaded with motions set to various videos and games. So far, the company has synchronized movements for several hundred videos and games, and is working to add more to the list.

While designing the Immersit, the company faced a number of constraints due to weight, safety, cost and other issues, Fage said. The design team incorporated multiple sensors to stop the system in case something — like a pet — crawls under the couch while the Immersit is active, Fage said. The company also took precautions to prevent damage to the couch itself. Using X-rays, company researchers examined the device for damage with couches of different sizes, weights and shapes.