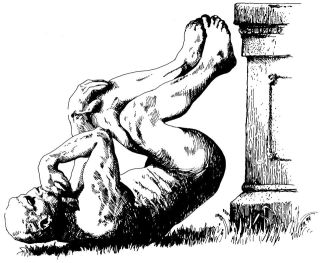 The official mascot of the Ig Nobel Prizes— "The Stinker."
(Image: © Improbable Research)

It's that time of year again: time to honor, show respect for and poke fun at the weird and wonderful world of science. Tonight, the Ig Nobel awards return.

The Ig Nobel awards are a sort of half-spoof on the Nobel Prizes, the highly sought-after awards given to scientists and other academics who have made significant advancements in their respective fields. By contrast, the Ig Nobel awards honor real scientists, but in a lighthearted way. The self-proclaimed purpose of the ceremony is to celebrate research that makes people laugh and then makes them think.

Now in its 25th year, the Ig Nobel Prize Ceremony is held every year at the Sanders Theater on the Harvard University campus in Cambridge, Massachusetts. This year's ceremony begins this evening at 5:40 p.m. ET, and you'll be able to watch the wackiness as it happens via a live webcast on Live Science.

True to the ceremony's mission, last year's awards showcased the silly but serious side of science. The winners of Ig Nobel prizes in 2014 included a team of Norwegian scientists that studied how reindeer react to a human dressed up like a polar bear (the reindeer totally fell for it and ran away). Those scientists won the Ig Nobel Arctic Science Prize.

Then there were the researchers from Japan who studied the physics underlying every cartoon character's worst nightmare: slipping on a banana peel. These recipients of the Ig Nobel Physics Prize found that when a real person steps on a banana peel, the friction between the sole of his or her shoe and a linoleum floor is reduced by one-fifth of what it would be if the sole simply touched down on linoleum. In other words, a banana peel is about as slippery as a ski atop a snow bank.

This year's Ig Nobel prize winners are sure to have conducted research that is just as strange and thought-provoking as that of years past. Of course, certain elements of the Ig Nobel ceremony will remain unchanged. For instance, to ensure that award recipients keep their acceptance speeches brief, an 8-year-old girl (the cutely clad but persistently obnoxious, Ms. Sweetie Poo) will loudly interrupt lengthy speeches by shouting, "Please stop. I'm bored."

Other strange and time-honored traditions of the ceremony include the Paper Airplane Deluges, in which audience members throw paper airplanes on stage to show their collective enthusiasm for science and throwing things. And, as has happened every year, there will be a mini opera that encapsulates the overarching theme of the award ceremony. This year's motif, "Life," will be demonstrated in an opera about a competition to choose the best species of life. A chorus consisting of actual Nobel laureates will round out this musical performance.

Nobel laureates will also hand out the Ig Nobel prizes, with some of the laureates explaining their own research to the audience — in under 24 seconds. Several nonlaureates (at least not yet) will also explain their research. Among them is an evolutionary ecologist who studies how fireflies have sex and a researcher who studies the emotional effects of watching Internet cat videos.

Last, but certainly not least, this year's ceremony will include a new chance for fun: the Win-a-Date-with-a-Nobel-Laureate Contest. Details about the contest have not yet been released, but one lucky audience member could soon be having dinner with a highly esteemed scientist. Hopefully Ms. Sweetie Poo will chaperone.