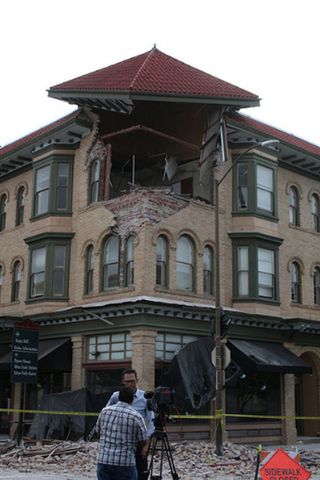 Many of the people who were injured from the 6.0-magnitude earthquake in Napa, California, last year were actually hurt during the cleanup effort, after the quake was over, according to a new study.

The earthquake — which was the largest in the San Francisco Bay Area in 25 years — occurred early in the morning on Aug. 24, 2014. The quake killed one person and injured 208 people, according to the U.S. Geological Survey. It also caused power outages, fires, and building and road damage.

During the two months after the earthquake, public health officials interviewed members of about 200 households in Napa, asking about the injuries and distress that they experienced as a result of the quake.

About 23 percent of the households reported that one or more family members were injured during or after the quake, the study found. Of these injuries, 48 percent occurred during cleanup in the two weeks after the earthquake, the researchers said. The most common injuries were deep cuts, puncture wounds, and large scrapes or bruises.

About 11 percent of respondents said that a member of the household was trapped or delayed during evacuation after the quake, and 4 percent said they thought that their lives, or the lives of loved ones, were in danger.

About one-third of the people in the Napa homes who reported distress or a traumatic experience eventually sought mental health treatment.

To address this psychological trauma, the California Department of Public Health recommended that Napa County offer disaster mental-health services in the months after the earthquake, and county officials were able to allocate resources based on the results, the researchers said.

The study is published in the Sept. 11 issue of the CDC journal Morbidity and Mortality Weekly Report.