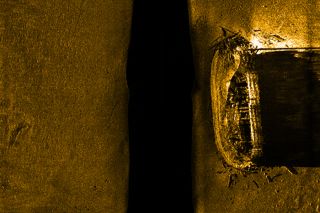 An ill-fated 19th-century expedition that became trapped in the Canadian Arctic ended in a particularly gruesome type of cannibalism, new research suggests.

The gory end was faced by the British navy on the Franklin expedition, the doomed 1845 voyage to discover a sea route through the Canadian Arctic to the Orient.

Though scientists had long known that the shipmen likely resorted to cannibalism to survive, the new study reveals the true extremes the crew went to. Not only did the starving explorers cut flesh off the bones of their fallen comrades, they also cracked open the bones to suck out the marrow.

Still, the new finds leave one huge question unanswered: What caused the trip to go so horribly wrong in the first place? [In Photos: Arctic Shipwreck Solves 170-Year-Old Mystery]

On paper, the high-profile Arctic voyage looked like a plum gig. The famous Sir John Franklin, who had helmed two other Arctic explorations, led the team. The two ships, called the HMS Erebus and the HMS Terror, were sturdy and well provisioned, with between five and seven years of food stowed onboard. In addition, other Arctic expeditions had gone off without major problems.

"Being a polar explorer in the 19th century British Navy was a surprisingly safe occupation. You'd expect a 1 percent mortality rate," said study author Simon Mays, an archaeologist with Historic England, an organization of the British government that preserves historic buildings, monuments and sites.

The first year of the voyage, 1845, was a low ice year, and the 129-man expedition made it past Baffin Bay, near Greenland, and then threaded its way between islands in the Canadian Archipelago, looking for a Northwest Passage. Once the ocean froze, the ships were stuck for the winter, just off one of the islands, called King William Island. (The crew anticipated being frozen in for a few winters, which was why they had provisioned the ships so heavily, Mays said).

Unfortunately, the next few summers had heavy sea ice, so the ships remained stuck. The last communication from the British navy men was a terse note dated April 25, 1848, which revealed that 24 men had already died before they left the ships.

Bafflingly, the crew abandoned their food-laden ships and decided to trek 1,000 miles (1,609 kilometers) to the nearest Hudson's Bay trading post, following the fish-rich Back River to safety.

The plan was foolhardy: There were just a few Arctic birds in the region, and the fishing was poor and required cutting through thick ice. Even the Inuit stayed away from the area because food was scarce, Mays said. [In Photos: Life in the Arctic Region of the Americas]

"You aren't going to feed a group that size by knocking holes in the ice," Mays told Live Science.

None of the crewmembers made it even a fifth of the way to the outpost, and for years, no one knew what had happened. Then in 1854, a Canadian mapmaker heard Inuit reports of cannibalism. Over the next 150 years, scientists found more and more remains from the crew and the original ships, and scientists found cut marks on many of the bones, suggesting that someone had cut flesh from the bones.

In the new study, which was published online June 18 in the Journal of Osteoarchaeology, Mays and his colleague Owen Beattie, an anthropologist at the University of Alberta in Canada, took a second look at 35 bones from two areas: Booth Point and Erebus Bay. The bones had signs of breakage and "pot polishing," which occurs when the ends of bones heated in boiling water rub against the cooking pot they are placed in. This typically occurs in the end stage of cannibalism, when starving people extract the marrow to eke out the last bit of calories and nutrition they can.

Still, the new study doesn't shed light on the biggest mystery of all: What made so many of the crew members die before abandoning their ships, and why did they decide to make the decision to leave?

One possibility is that the crew members were suffering from the vitamin C deficiency called scurvy, or that lead poisoning killed the first crew members and addled the wits of the rest, Mays said. Follow-up studies on teeth samples would need to confirm those theories, Mays said.

The new finds are consistent with Inuit eyewitnesses who described piles of human bones that looked as if they were fractured to extract the marrow, said Anne Keenleyside, a bioarchaeologist at Trent University in Canada, who was not involved in the study.

Though the notion of cannibalism was shocking to the British populace who first learned of the Franklin expedition's harrowing end, the new finding "speaks to the very desperate situation in which those men found themselves," Keenleyside told Live Science. "You have to imagine yourself in that situation, what would you do?"