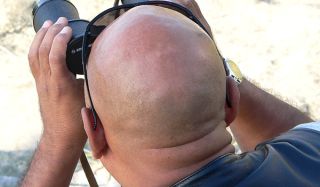 Men who are losing their hair due to male pattern baldness may be at increased risk of dying from prostate cancer, a new study suggests.

Researchers analyzed information from more than 4,000 U.S. men ages 25 to 74, who were assessed by a dermatologist and categorized has having no balding, or minimal, moderate or severe balding.

The findings support the hypothesis that a shared biological process influences both balding and prostate cancer, the researchers said. One theory is that high levels of male hormones (such as testosterone) play a role in both conditions. Men with male pattern baldness have been found to have higher levels of male hormones, and these hormones also fuel the growth of prostate cancer cells.

However, it's too soon to make any recommendations about screening men for prostate cancer based on the findings, said study author Cindy Zhou, a postdoctoral fellow at the National Cancer Institute. "We still need future studies to replicate what we observed," Zhou said. [10 Do's and Don'ts to Reduce Your Risk of Cancer]

If the findings are confirmed, male pattern baldness might be used as one indicator of a man's risk of developing prostate cancer, which could help scientists determine which men should undergo prostate cancer screening, the researchers said. However, studies would first need to show that taking a man's baldness into account actually improves researchers' ability to predict the man's prostate cancer risk, above and beyond what can be predicted using current risk factors, Zhou said.

Interestingly, the new study did not find a link between severe balding and an increased risk of fatal prostate cancer. This could be because there were few men in the study with severe balding, which limited the ability of the study to detect a link, Zhou said.

The study was presented this week at the American Association for Cancer Research meeting in Philadelphia.