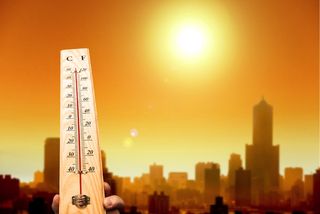 About 2,000 Americans die each year due to extreme weather conditions, according to a new report from the Centers for Disease Control and Prevention.

Researchers looked at all 10,649 weather-related deaths in the U.S. between 2006 and 2010, and found that 63 percent were caused by exposure to excessive cold, and 31 percent were due to heat. The remaining 6 percent were attributed to floods, storms or lightning.

About 70 percent of weather-related deaths were among men, according to the report, which was released today (July 30). [Top 10 Surprising Results of Global Warming]

Although average winter temperatures across the United States have risen since the late 1970s, many areas still experience extremely low temperatures, the researchers said. Previous studies have shown that extreme cold is deadlier than extreme heat.

Still, extremely hot weather can cause hyperthermia, a condition in which the body absorbs more heat than it dissipates. Heat can also worsen existing medical conditions, such as heart and respiratory diseases, and cause death.

The frequency and intensity of extreme weather conditions —  such as heat waves, cold snaps, and storms — are expected to increase in the future as a result of climate change, and previous studies in several countries have predicted more people will die because of heat waves in the future.

In the new report, the researchers found that for both heat-related and cold-related deaths, adults' risk of dying increased with age, and was particularly high for people older than 75.

To prevent heat-related deaths and medical complications during extremely hot summer days, the CDC recommends staying in air-conditioned buildings, staying hydrated and checking twice a day on those who are most at risk.