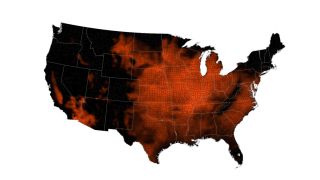 Researchers have long known that heat waves kill more people than other weather-related disasters do. And amid the hottest year on record and a scorching summer in the United States comes new research warning just how deadly heat waves can be.

Unlike a tornado or hurricane, a heat wave's impact on human lives is usually not realized until much later. An estimated 70,000 people died when parts of Europe boiled in the summer of 2003, according to a history of that heat wave being compiled by Richard Keller, a professor at the University of Wisconsin-Madison. In contrast, the death toll from 2005's Hurricane Katrina, which ravaged New Orleans and the Gulf Coast, was 1,836.

During the 2003 heat wave, a huge high-pressure system hung over Europe for three weeks in August, sending temperatures higher than they had climbed in hundreds of years. Electrical cables melted, water pumps failed, museum specimens liquefied and nuclear technicians had trouble keeping reactors cool. But the extent of the human toll was first detected by undertakers, who were being overwhelmed with unclaimed bodies. In Paris, some of the corpses had to be kept in a warehouse outside the city when mortuaries were full, according to Keller.

"Measured by mortality, it was the worst natural disaster in contemporary France," Keller said in a statement.

In Paris alone, nearly 15,000 people were killed by the suffocating heat. Most of those victims were elderly women living alone in the top floors of poorly ventilated walk-up apartments, Keller found.

"People who lived in these apartments died like flies," he said. "This was as much a social as a health and epidemiological disaster. There were social factors that made some people much more vulnerable."

The elderly are often at high risk in a heat wave because they might not notice the effects of dehydration, and certain medications — like ones to treat Parkinson's disease — can exacerbate the effects of extreme heat. But in his research, Keller found that people who lived alone had the greatest risk of dying in a heat wave.

"We have to recognize that heat kills far more people than the cold and that those most likely to die are people on the social margins of society," Keller said in a statement.