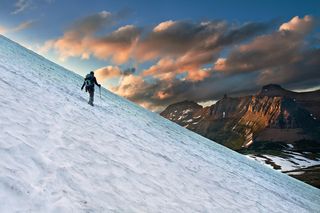 People living in northern climes have grown accustomed to freezing weather, especially in recent weeks. But just how deadly is the icy grip of Old Man Winter?

Cold weather, it's often assumed, causes more deaths overall than hot weather. And the recent polar vortex that broke low-temperature records across North America provides some evidence: At least 21 deaths have been blamed on that cold-weather event, according to CBC News.

But scientific research presents a more complex picture, and for a number of reasons, cold weather-related deaths have to be analyzed in a different way than deaths linked to hot weather. [The 10 Worst Blizzards in US History]

Any weather extreme, whether hot or cold, is more likely to increase mortality, and both extremes can cause stress to a person's cardiovascular system, according to experts. In cold weather, people with cardiovascular disease should be careful to avoid exertion, like walking through deep snow or shoveling a driveway, according to the American Heart Association.

In a study detailed in 2013 in the International Journal of Biometeorology, researchers compared winter "high-mortality days" from 1975 to 2004 in five U.S. urban areas: Pittsburgh, Minneapolis-St. Paul, St. Louis, San Antonio and Miami.

The researchers found that on days with the greatest number of deaths, most of these were attributed to cardiovascular or respiratory causes. But oddly, the days with a mortality spike were warmer, not colder, than the preceding five days, had more precipitation (either rain, snow or sleet) and had lower atmospheric pressure than winter days with fewer deaths.

There's a lag-time effect that has to be considered when analyzing deaths caused by cold weather, the researchers concluded: Deaths from cold weather may occur several days after temperatures plunge.

"Increasing temperatures and decreasing pressure may be associated directly with a strong cold frontal passage, which would typically precede the observed spike-day conditions by several days," the study authors wrote.

Compared with cold-weather mortality, deaths related to hot weather tend to have little or no lag time, according to a 2009 study published in the journal Epidemiology. The researchers also found that mortality risk from hot weather increased with the intensity or duration of a heat wave.

And deaths in winter that may be indirectly related to weather are also slower in coming: Flu, asthma and other diseases associated with wintry weather may cause deaths several days or weeks after low temperatures.

"Infectious diseases, which are more common in industrialized countries during colder weather (when people spend more time indoors and in proximity) could account for much of the cold-related effect," the study authors wrote.

But socioeconomic status, and its effects on temperature-related deaths, presented the researchers with some confounding results: "Heat effects were higher in communities with higher income. Although this relationship might seem surprising," the researchers wrote, income is  associated with mortality in adults older than 65 years, a group that represents "the majority of heat- and cold-related mortality."

Age, then, causes more heat- and cold-related deaths than low income. But these weather-related deaths might have become less of a risk in recent years: Researchers have also found that, as more of the population moves to Sunbelt states like Florida and California, and with the near-ubiquity of air-conditioning, fewer deaths can be blamed on extreme weather — and Americans' mobility may be partly responsible for longer life spans.

"We calculate that every year, 4,600 deaths are delayed by changes in exposure to cold temperature induced by mobility," wrote the authors of a 2007 report from the University of California, Santa Barbara.

"The longevity gains associated with long-term trends in geographical mobility account for 4 percent to 7 percent of the total gains in life expectancy experienced by the U.S. population over the past 30 years. Thus, mobility is an important but previously overlooked determinant of increased longevity in the United States."