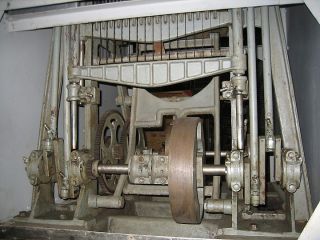 On this day 86 years ago, sliced bread — the ultimate invention of convenience and the benchmark by which all other great things are compared — made its debut.

Sliced bread and its inventor, Otto Rohwedder, both celebrate a birthday today. Rohwedder was born on July 7, 1880, and the first sliced loaves were sold on July 7, 1928.

Every invention that makes life easier is now deemed "the greatest thing since sliced bread," but the idea of presliced bread actually took a while to catch on. Rohwedder spent over 10 years trying to get a bakery to try out his machine. Bakers thought that their customers simply wouldn't be impressed and wouldn’t care if their bread was presliced or not. Skeptics were also worried that the presliced bread would become stale faster or would crumble and fall apart during the slicing, according to the Constitution-Tribune. [10 Science Discoveries to Be Thankful For]

However, once Rohwedder got his foot in the door, it didn't take long for the invention to catch on. The small town of Chillicothe in northwest Missouri became the first place where sliced loaves were sold to the public. The news even made the front page of the local paper. While there’s no proof, it's likely that the phrase, "the greatest thing since sliced bread," came from the advertisement that ran on the back page of the paper, which called the sliced loaves "the greatest forward step in the baking industry since bread was wrapped."

Just two years after it was introduced, use of the slicing machine spread across the country, and the company Wonder Bread began building its own bread slicers and mass-producing the presliced loaves.

During World War II, the government banned sliced bread in order to put more resources into weapons production rather than bread-slicing-machine production. The ban only lasted two months because of the strong backlash, not just from bread companies, but also from consumers who had grown used to the presliced bread and were outraged at the idea of having to slice it themselves, according to the Kansas City Star.

Rohwedder's original machine includes multiple steel blades that chop the loaves into slices just under 1 inch (2.5 centimeters) wide and then stuffs them into a heavy waxed paper wrapping. One of these machines is in the collection of the Smithsonian Institution in Washington, D.C.