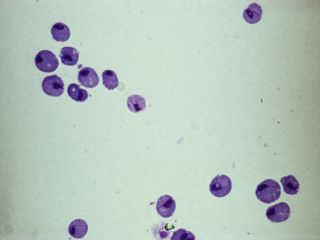 Prostate cancer is the second-most common cancer among men in the United States, according to the American Cancer Society, and almost 30,000 American men die each year from the disease.

Caused by the parasite Trichomonas vaginalis, trich is one of the most common sexually transmitted infections, affecting some 3.7 million people in the United States. But about 70 percent of people infected with trich never show any symptoms of the disease, according to the Centers for Disease Control and Prevention (CDC). [10 Do's and Don'ts to Reduce Your Risk of Cancer]

Can infection lead to cancer?

Researchers from UCLA and the University of Sassari in Italy found that the T. vaginalis parasite secretes a protein that not only promotes inflammation in the prostate, but also increases the growth rate of both benign and cancerous prostate cells.

The latest study, published in the Proceedings of the National Academy of Sciences (PNAS), supports an earlier study from 2009.

That study, published in the Journal of the National Cancer Institute, found that men with antibodies to T. vaginalis were more than twice as likely to develop an aggressive form of prostate cancer that spread outside the prostate.

"Together, these data indicate that chronic T. vaginalis infections may result in TvMIF-driven inflammation and cell proliferation, thus triggering pathways that contribute to the promotion and progression of prostate cancer," the authors of the PNAS study wrote.

Researchers are quick to caution that no cause-and-effect link between T. vaginalis infection and prostate cancer has ever been established.

"The research was only done in the lab," Smith said of the PNAS study, "and previous evidence in patients failed to show a clear link between prostate cancer and this common sexually transmitted infection.

"There are still no known lifestyle factors that seem to affect the risk of developing the disease — and no convincing evidence for a link with infection," Smith added. "There's been a lot of research into prostate cancer risk and we're working hard to piece together the puzzle."

Easy to treat, hard to detect

Trichomoniasis is easily cured with antibiotics, but many infected people never get treatment because they never show any symptoms of the sexually transmitted infection, which they can carry for years.

Some men with trich may feel an itching or irritation inside the penis; a burning sensation after urination or ejaculation; or some discharge from the penis, according to the CDC.

And women with the infection who have any symptoms may notice itching, burning, redness or soreness of the genitals; discomfort with urination; or a discharge that is clear, white or yellow-green in color.