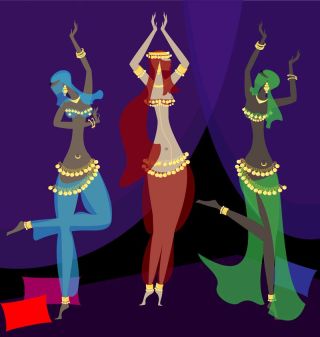 Quick, is that figure approaching in a dark alley a man or a woman? Your eyes could lead you astray, new research finds.

People are intrinsically biased to assume that an ambiguous silhouette is male rather than female, the new study finds. Though the reason for this bias isn't clear, it could be a protective mechanism — men, who tend to be stronger and more aggressive on the whole, present a greater threat than women.

In other words, said study researcher Kerri Johnson, a psychologist at the University of California, Los Angeles, the brain may be taking a "better safe than sorry" approach.

"If you're walking down a dark alley at night and you encounter a man he probably has the capability of doing you harm," Johnson told LiveScience. "But if you encounter a woman she might not have the physical strength to exert any influence of that sort."

Humans are hardwired to make certain social judgments, according to Johnson. We register age, race and sex without even trying, for example. And in the real world, we're usually right.

But presenting ambiguous bodies can challenge our snap judgments. Johnson and her colleagues used real-world measurements of thousands of Army recruits to determine the waist-to-hip ratios of men and women. Women have a real average ratio of about 0.72 and men about 0.89 (the smaller the number, the more extreme the curves). Below a waist-to-hip ratio of 0.80, the figure is more likely to be female; above that number, the figure is more likely to be male.

But when presented with silhouettes based on these waist-to-hip ratios, participants misjudged them wildly, assuming many more were male than actually were. [5 Myths About Women's Bodies]

"Bodies that we knew to be exclusive to women were nevertheless, by our participants, perceived to be men," Johnson said.

In a second study, the researchers showed participants a line of body silhouettes and asked them to pick out the average male and average female figure. Again, people exhibited a bias toward identifying more female figures as male. In fact, the figure picked as the average "average woman" was a body shape more curvaceous than is actually physically possibly. In a third study, they presented neutral bodies obscured by random patterns and asked participants to pick which were women; that study, too, revealed a bias toward assuming femalelike bodies were male.

Finally, the researchers set our to test their theory that the bias arises from a self-protection strategy. Again, they showed participants body silhouettes, but this time they had participants watch a video to induce either fear (a horror clip), positive emotions (a comic clip) or sadness (a clip of a boy learning of his father's death). A fourth group of participants saw a video of geometric patterns, meant to elicit no emotion.

The results revealed that participants triggered to feel fear were more likely than the happy or sad participants to judge a body to be male.

What that means is that the bias is dependent on emotional state, suggesting it does arise from a possible threat, Johnson said.

The effects of the bias could be wide-ranging. For example, Johnson said, studies on attractiveness find that people prefer curvaceous female bodies, especially when the participants have been exposed to Western media. The "extreme" mental image people have for a "normal" woman may influence how people judge real-life women, and themselves, Johnson said.

The researchers report their work today (Oct. 16) in the journal Proceedings of the Royal Society B: Biological Sciences.