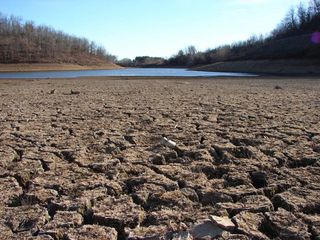 Regardless of Hurricane Irene, severe rain and flooding, this August was the second warmest on record for the continental United States. Last month also spread the love around the globe, making it the third warmest August in 34 years.

In the continental U.S., August averaged 75.7 degrees F (24.3 degrees C), which is about 3.0 F (1.6 C) above the long-term average between 1901 and 2000. Meanwhile, precipitation across the nation fell below the long-term average, with large variability between regions, according to preliminary data in the National Atmospheric and Oceanic Administration's monthly report.

A few highlights from the month of August and the summer, according to NOAA:

-Exceptional drought hit about 10 percent of the U.S., and upwards of 80 percent of Texas;

-Meanwhile, Washington and Oregon were the only states among the lower 48 with cooler-than average temperatures this summer;

-California had its wettest summer on record;

-Earlier in the summer, in June and July, the Northern Plains and Upper Midwest experienced record, or near-record flooding.

Across the globe, temperatures hit 0.59 F (0.33 C) above the 30-year average last month, making it the third warmest August on record globally, behind 1998 and 2010, according to John Christy, a professor of atmospheric science at The University of Alabama in Huntsville.