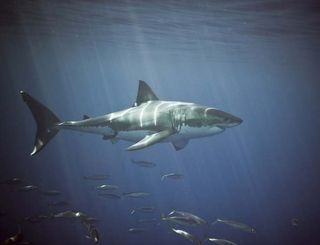 Shark attacks went up last year — the highest amount of attacks seen worldwide in a decade, researchers say. The spike in attacks is most likely due to the growth of the human population, coupled with the increasingly large amount of time people spend in the sea, which raises the odds of human-shark interactions.

Scientists investigated 115 alleged incidents of struggles between humans and sharks worldwide in 2010. They confirmed that 79 of these were unprovoked shark attacks on live humans.

Unprovoked attacks are ones that occurred with the predators in their natural habitats without human instigation. The other 36 incidents included 22 provoked attacks — such as assaults after divers grabbed sharks — including three cases of sharks biting boats, four incidents dismissed as non-shark attacks, five scavenging incidents of human corpses and two cases where there was not enough information to determine if an unprovoked shark attack had occurred.

Vietnam and Egypt had unusually high numbers of attacks this year, said George Burgess at the University of Florida in Gainesville, curator of the International Shark Attack File. While he could not speak to why Vietnam experienced so many attacks, his trip to Egypt revealed there had been illegal offshore dumping of sheep guts as well as overt feeding of fish that lured sharks into the area, which helped lead to subsequent attacks. Also, water temperatures there were unusually high, which might have somehow put the sharks on edge, Burgess suggested.

Six fatalities from unprovoked attacks occurred in 2010, which was only slightly above the yearly average of 4.3 fatalities from 2001 to 2010. Two happened in South Africa, while the others were lone cases that happened in Egypt, Australia, Florida and California. This unprovoked attack fatality rate of 7 percent between 2001 and 2010 was lower than the 13 percent seen in the 1990s, likely reflecting advances in beach safety practices, medical treatment and public awareness of avoiding potentially dangerous situations.

While the number of unprovoked shark attacks has grown at a steady pace over the past century (and developments such as the Web have now given the public the ability to report attacks, increasing the awareness of such assaults), the rise in attacks might not necessarily be indicative of a growing trend.

"There are ups and downs from year to year that are motivated by a large number of factors — oceanographic conditions, meteorological conditions, as well as social and economic conditions, and all combined lead to variations annually," Burgess told LiveScience.

In fact, despite this recent spike, the number of shark attacks worldwide has generally leveled off in the last decade, averaging 63.5 per year since 2000. There were fewer tourists in the water due to economic troubles after 9/11 and the recent global recession, and also because of tropical storms that battered the East Coast of the United States. People might also generally be getting smarter about reducing their interactions with sharks, while there are also fewer sharks in the water due to worldwide overfishing of them.

If you are ever attacked by a shark, researchers advise that one should fight back, as sharks respect size and power. Hitting a shark on the nose — ideally with an inanimate object — typically results in the shark temporarily reining in its attack, and you should then try to get out of the water if at all possible. If not, repeatedly banging the shark's snout might temporarily dampen the attack, but will likely become increasingly less effective. If a shark actually bites, researchers suggest clawing at its eyes and gills, which are two sensitive areas.

"When you enter the sea, remember that it's not like going into a pool — this is a wilderness experience," Burgess said. "It's the equivalent of taking a trek in the Outback or the Amazon or the Serengeti. You're entering a world we're not very well-equipped for. Still, we get away with bumbling around in there fairly readily."