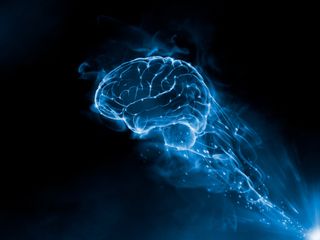 The brain tells us what to do, how to act, what to think and what to say. It even remembers the face of strangers on the street and wraps them up in our worries, plops a party hat on them and throws in some evil kangaroos, creating a strange scenario to entertain us while we sleep. We depend on this organ to live and learn, but much about this organ still remains as mysterious to us as the inside of a black hole. Every year, new discoveries teach us more about this wondrous organ. This year's discoveries include a strange ability of the brain to shield itself from the idea of death, how lonely Antarctic expeditions can shrink the brain and how the brain still works when half of it is missing. So dive in to learn about some of 2019's greatest brain discoveries.

People can experience many emotions while sleeping, even anger. Researchers discovered that by analyzing brain activity, they could tell whether or not a person had angry dreams. The team examined brain regions known as the "frontal lobes," which help control the expression of emotions and help solve problems. Asymmetrical activity in the frontal lobes of the brain during and before sleep could indicate that a person had angry dreams, according to the findings.

When we're relaxing, the brain releases alpha brain waves that oscillate between 8 hertz and 12 hertz. If there's a mismatch in alpha activity — the more alpha brain waves released, the less that region of the brain is working — between the two frontal lobes, that indicates that person is trying to control his or her anger. After analyzing these brain waves in 17 participants who spent two nights (a week apart) in a sleep laboratory, the team found that something similar happens in the brain while the person is asleep. People with greater frontal alpha asymmetry while sleeping reported having more angry dreams. [Read more about what your brain looks like when you're dream raging]

Humans — even introverts — are social beings, and loneliness can take a toll on the brain. A study found that nine explorers who spent over a year in the emptiness of Antarctica left with slightly smaller brains. A group of researchers compared brain scans of the explorers' brains that they took before they left for the brisk continent and after they returned to society. They found that parts of the brain, such as the hippocampus — a brain region involved in learning and memory — had less volume after the explorers returned, the team reported earlier this month.

What's more, the explorers had decreased levels of a protein called the brain-derived neurotrophic factor (BDNF), which supports the growth and survival of new neurons and is necessary to create new connections in the brain. Now, researchers are trying to figure out ways — such as exercise routines or virtual reality — to help prevent brain shrinkage when people find themselves in such lonely, unstimulating settings. [Read more about how the explorers' brains changed after their journey]

It would be puzzling if a person were able to pick up an apple without using their hand. Similarly, a group of researchers discovered a small subset of people who can smell, even though they're missing a critical brain region needed to be able to smell. The olfactory bulbs sit at the front of the brain and process information about smells from the nose. Researchers discovered this by chance when they examined the brain scans of a 29-year-old woman who could smell normally and saw that she was missing her olfactory bulbs. They later found a couple of other women who were also missing their olfactory bulbs but claimed to be able to smell. They performed brain scans and smell tests on these women, and indeed, their story checked out.

The researchers don't know exactly what led to this magical ability to smell, but they think that another part of the brain could have taken on the role of the olfactory bulbs, demonstrating the brain's great ability to remold itself. Another alternative is that we've got it all wrong, and that you don't need olfactory bulbs to be able to discriminate and identify smells — which means those structures might be responsible for something else. [Read more about these women's magical ability to smell]

Some animals use the invisible magnetic field that wraps around our planet as a natural navigation system. It turns out, some people might also be able to sense our planet's magnetic field, though it's not clear why. In a study published in March, a group of researchers scanned the brains of 34 people who were told to sit in a dark test chamber with an artificial magnetic field. Brain analysis showed that four of the 34 participants showed a strong reaction to a shift in the magnetic field from northeast to northwest — but not the other way around.

Those four individuals showed a decrease in a brain wave that indicated that the brain picked up a signal, likely a magnetic one. It's not clear why some people showed a response to the magnetic field, while others didn't, and it's also not clear how the brain detected such signals. But prior research has found that the human brain contains lots of tiny magnetic particles, which might have something to do with it, according to the researchers. [Read more about the brain's connection to the planet's magnetic field]

The idea of death

Death is as natural a phenomenon as life and love. But our brains shield us from the idea of our own demise, making us unable to grasp the idea that one day we will join others in eternal sleep, according to a recent study. The brain constantly uses old information to predict what will happen in similar scenarios in the future — so the brain should be able to predict that you, too, will die one day.

But as it turns out, something about the idea of our own death breaks down this mechanism in the brain. A group of researchers figured this out by observing how the brains of 24 people responded when their faces were shown next to words related to death. Measurements of brain activity showed that the brain's prediction mechanism broke down when it came to the idea of the person's own death. It's unclear why this happens, but according to theorists, a too-sharp awareness of one's own mortality would decrease the likelihood that the person would want to procreate, because fear would prevent them from taking the risks that need to be taken to find a mate. [Read more about our brain's idea of mortality]

Researchers have known for a long time that brain activity is very rhythmic when we sleep, producing undulating waves of neuronal activity. But for the first time this year, researchers found something else that's part of that rhythmic cycle: cerebrospinal fluid. This fluid surrounds and protects the brain and spinal cord at all times, and past research has suggested that it also cleanses the brain of toxic proteins while we sleep.

A group of researchers scanned the brains of 13 sleeping participants using a magnetic resonance imaging (MRI) machine and found that cerebrospinal fluid indeed runs into the sleeping brain in a rather rhythmic flow; brain activity quiets down, then blood flows out of the brain and cerebrospinal fluid flows in. In fact, this flow is so predictable and constant that it's possible to tell whether a person is asleep or awake, just by looking at their cerebrospinal fluid. The findings might provide insight into brain-related problems of aging. [Read more about this rhythmic flow]

The brain has a remarkable ability to change and adapt, as demonstrated in a small group of people who had half their brains removed as children to reduce epileptic seizures. Despite missing an entire half of their brains, they functioned just fine because the remaining half strengthened, according to a new study. The team analyzed the brains of six adults in their 20s and 30s who had half their brains removed when they were between 3 months old and 11 years old and compared them with others whose brains were intact.

Brain scans showed that among patients with only one brain hemisphere, brain regions involved in the same network (such as vision) worked together just as well as they did in those whose brains were intact. They also found that the connectivity between parts of different brain networks was stronger in patients who had a hemisphere removed, which suggests that the brain is able to compensate for the loss of a big part of itself. [Read more about the brain's magical ability to morph]

Your brain needs storage that amounts to what's held on a floppy disk in order to master your native language, according to a study published in March. An average English-speaking adult will likely need to learn about 12.5 million bits of information related to the language, or 1.5 megabytes of storage. (The authors used the idea of "bits" as an example; the brain does not store information in bits or 0s and 1s.) But much of these millions of bits of language information has less to do with grammar and syntax than with word meaning. In the best-case scenario, in a single day, an adult will remember 1,000 to 2,000 bits of their native language, and in the worst-case scenario, they will remember about 120 bits per day. [Read more about your brain's language-learning capacity]

Scientists restored brain circulation and cellular activity in pigs' brains hours after they died. This radical experiment challenged the prominent idea that after death, the brain undergoes sudden and irreversible damage. But a group of researchers showed that cell death occurs over a longer period of time, and in some cases, can even be postponed or reversed. The researchers developed a system for studying postmortem brains called "BrainEx," in which they pumped a synthetic blood substitute into the brain's arteries. They pumped this solution into 32 pig brains 4 hours after the animals died and let the solution stay in the brain for 6 hours. They found that the system preserved brain cell structure, reduced cell death and restored some cellular activity.

Although the researchers emphasized that they didn't observe any kind of activity that indicated that the brain was aware or conscious, the findings have some scientists questioning what it means to be alive. What's more, this study was conducted in pigs and not in humans. (Pig brains are more similar to human brains than rodent brains are, however.) [Read more about the active postmortem pig brains]