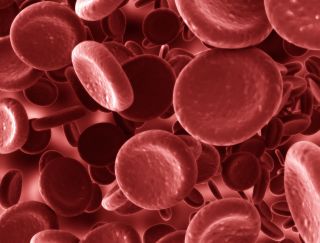 A close up look (illustration) at healthy red blood cells. People with anemia have low-iron in their blood, which can be a result of low levels of red blood cells.
(Image: © Shutterstock)

Anemia is the most common blood disorder in the United States, affecting nearly 3 million Americans, according to the Centers for Disease Control and Prevention (CDC).

The term anemia is a broad one that represents several hundred different conditions — some of them mild and treatable, others that are quite serious, said Dr. Nancy Berliner, chief of hematology at Brigham and Women's Hospital in Boston. There are three reasons that people are anemic, Berliner said: Either their body can't make enough red blood cells, something is destroying the red blood cells faster than their body can make news ones or blood loss (from menstrual periods, colon polyps or a stomach ulcer, for example) is greater than blood cell production.

Types of anemia and causes

There are more than 400 different types of anemia, according to the Pacific Heart, Lung & Blood Institute. Here are a few of the more common and better understood types:

Iron-deficiency anemia: The most common form of anemia is caused by low-iron levels in the body. Humans need iron to make hemoglobin, and most of that iron comes from dietary sources. Iron-deficiency anemia can result from a poor diet or from blood loss through menstruation, surgery or internal bleeding.

Pregnancy also increases the body's need for iron because more blood is needed to supply oxygen to the developing fetus, which may quickly drain the body's available iron stores, leading to a deficit. Problems absorbing iron from food because of Crohn's disease or celiac disease can also result in anemia.

Vitamin deficiency anemia: Besides iron, the body also needs two different B-vitamins — folate and B12 — to make enough red blood cells. Not consuming enough B12 or folate in the diet or an inability to absorb enough of these vitamins can lead to deficient red blood cell production.

Sickle cell anemia or sickle cell disease (SDC): This inherited disease causes red blood cells to become crescent-shaped rather than round. Abnormally shaped red cells can break apart easily and clog small blood vessels, resulting in a shortage of red blood cells and episodes of pain, according to the Mayo Clinic. People become chronically anemic because the sickle-shaped red cells are not pliable and can't get through blood vessels to deliver oxygen, Berliner said.

SDC occurs most often in people from parts of the world where malaria is or was common, according to the CDC; the sickle cell trait may provide protection against severe forms of malaria. In the U.S., SDC affects an estimated 100,000 Americans.

Thalassemia: Thalassemia is an inherited blood disorder that results in lower-than-normal levels of hemoglobin. This type of anemia is caused by genetic mutations in one or more of the genes that control the production of hemoglobin, according to the National Heart, Lung & Blood Institute (NHLBI).

Aplastic anemia may be caused by radiation and chemotherapy treatments, which can damage stem cells in bone marrow that produce blood cells. Some medications, exposure to toxic chemicals like pesticides, viral infections and autoimmune disorders can also affect bone marrow and slow blood cell production.

When a person has a disease or infection that causes inflammation, the immune system responds in a way that changes how the body works, resulting in anemia. For example, inflammation suppresses the availability of iron, so the body may not use and store the mineral normally for healthy red blood cell production, Berliner said. Inflammation may also stop the kidneys from producing a hormone that promotes red blood cell production.

Who can get anemia?

The risk for anemia is higher in people with a poor diet, intestinal disorders, chronic diseases and infections. Women who are menstruating or pregnant are also prone to the disorder.

The risk of anemia increases with age, and about 10% to 12% of people over 65 are anemic, Berliner said. But the condition is not a normal part of aging, so the cause should be investigated when it's diagnosed, she said. Older adults may develop anemia from chronic diseases, such as cancer, or iron-deficiency anemia from abnormal bleeding.

According to NHLBI, the following types of people have an increased risk of developing anemia:

Mild forms of anemia may not cause any symptoms. When signs and symptoms of anemia do occur, they may include the following, according to the NHLBI:

The first test used to diagnose anemia is a complete blood count, which measures different parts and features of the blood: It shows the number and average size of red blood cells, as well as the amount of hemoglobin. A lower-than-normal red blood cell count or low levels of hemoglobin indicate anemia is present.

If more testing is needed to determine the type of anemia, a blood sample can be examined under a microscope to check for abnormalities in the size and shape of the red cells, white cells and platelets.

Related: This man's taste buds disappeared because of a blood condition

How anemia is treated

The treatment of anemia depends on the specific type of anemia, Berliner said, and anemias caused by nutritional deficiencies respond well to changes in diet. People with iron-deficiency anemia may need to take supplemental iron for several months or longer to replenish blood levels of the mineral. Some people, especially pregnant women, may find it hard to take iron because it causes side effects, such as an upset stomach or constipation, Berliner said.

For vitamin-deficiency anemias, treatment with B12 or folate from supplements (or a B12 shot) and foods, can improve levels of these nutrients in the blood, Berliner said.

Treatment for sickle cell anemia may include pain medications, blood transfusions or a bone marrow transplant.