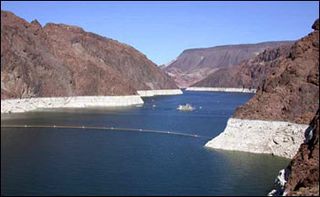 Large dams may cause shifting regional weather extremes. This finding is causing scientists to wonder if aging dams around the world can withstand the extreme weather events they may inadvertently generate. It was nearly 75 years ago that scientists first speculated that large dams could vastly transform local climate. Weather results from the interaction of warm and cool air, and dams can hold vast reservoirs of water that can influence the heat and moisture of the air above them. Dams also can radically alter irrigation patterns in the surrounding land, impacting their climate patterns as well. A number of recent studies and computer models suggest that dams can indeed boost rainfall by increasing atmospheric moisture. "The findings are still preliminary, but we do see a trend," said researcher Faisal Hossain, a hydrologist at Tennessee Technological University in Cookeville. Coming back to haunt us? Large dams apparently triggered more extreme rainfall in southern Africa, India, Central Asia and the western United States in particular when compared to other regions, with rainfall becoming more common and more extreme. "For instance, what we might have thought of as a 50-year flood — big ones that only come every 50 years or so — might have now become 30- or 40-year floods," Hossain said. "Heavier events are much more common now." This raises the possibility that large dams might have been designed for much less rainfall than originally expected from past climate, raising concerns about their safety. In the continental United States, when it comes to large dams that each hold back at least roughly 800 million gallons of water (3 million cubic meters), more than 85 percent will be more than 50 years old by 2020, leading scientists to wonder if they can survive the extreme weather they helped generate. "The idea that large dams built since the '30s and '40s to protect us from floods can come back to haunt us is a very provocative one," Hossain said. As these dams have aged, they have lost a lot of how much water they can store because a lot of accumulated silt and sediment, meaning flooding or even bursting can become more of a concern. "Typically, in 20 or 30 years, even 30 to 40 percent of storage can get lost because of sediment," Hossain said. "And if we want to handle rainfall that might become more extreme, we really need more storage." Global concern The fact that at least 45,000 large dams have been built worldwide since the 1930s makes questions about their safety a global concern. When it comes to potential solutions to such problems, authorities may want to let out water during dry seasons to lower the level of dams to have more storage capacity available during extreme rainfalls. Hossain did note other factors could be responsible for this trend they have seen. "There is the question of whether or not this is all part of global warming instead of a local effect with dams," he noted. "That of course needs to be looked into more carefully." Research meteorologist Marshall Shepherd at the University of Georgia in Atlanta, who did not take part in this research, said, "These results are interesting and plausible." He added that it would be interesting to see how big dams need to be in order to affect climate. "In my urban work, I often get asked this same question. How big does the city have to be in order to alter the rainfall?" he noted. The scientists detailed their findings in the Dec. 1 issue of the American Geophysical Union journal Eos.