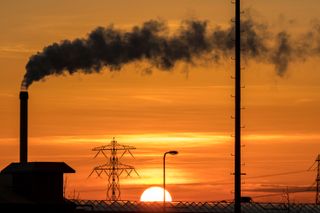 In the coming decades, more than a quarter-million people may die each year as a result of climate change, according to a new review study.

In 2014, the World Health Organization (WHO) estimated that climate change would lead to about 250,000 additional deaths each year between 2030 and 2050, from factors such as malnutrition, heat stress and malaria.

But the new review, published Jan. 17 in The New England Journal of Medicine, said this is a "conservative estimate." That's because it fails to take into account other climate-related factors that could affect death rates — such as population displacement and reductions in labor productivity from farmers due to increased heat, study co-author Dr. Andrew Haines, epidemiologist and former director of the London School of Hygiene & Tropical Medicine, told CNN.

In addition, the WHO estimate didn't take into account illnesses and deaths tied to disruptions in health services caused by extreme weather and climate events, the review said.

The new review didn't give an updated estimate of climate-change-related deaths, but noted that reduced food production alone is predicted to lead to a net increase of 529,000 adult deaths by 2050, according to a 2016 study.

Climate change could also force more than 100 million people into extreme poverty by 2030, according to World Bank estimates, which in turn, would make them more vulnerable to the health effects of the changing climate.

All of this underscores the need for investments and policies to reduce greenhouse-gas emissions and promote ways to mitigate the health effects of climate change, the report said.

"Climate change is causing injuries, illnesses and deaths, with the risks projected to increase substantially with additional climate change, threatening the health of many millions of people," the report said. "The pervasive threats to health posed by climate change demand decisive actions from health professionals and governments to protect the health of current and future generations."