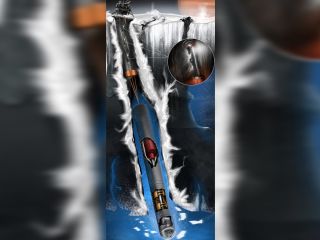 A group of scientists wants to send a nuclear-powered "tunnelbot" to Europa to blaze a path through the Jovian moon's thick shell of ice and search for life.

Europa, the fourth largest of Jupiter's 53 moons, is one of the best candidates in our solar system for hosting alien life. Researchers believe that its icy crust hides a liquid water ocean and that vents through that crust might deliver the necessary heat and chemical ingredients for life into that ocean.To peek beneath that thick veil of ice, researchers on the NASA Glenn Research COMPASS team (a group of scientists and engineers scattered around the country and tasked with solving problems for NASA) think they have come up with the tunnelbot.

On Friday (Dec. 14) at the 2018 meeting of the American Geophysical Union, the researchers presented a proposal for a "tunnelbot" that would use nuclear power to melt a path through Europa's shell, "carrying a payload that can search for… evidence for extant/extinct life." [Humanoid Robots to Flying Cars: 10 Coolest DARPA Projects]

The tunnelbot, the researchers reported, could use either an advanced nuclear reactor or some of NASA's radioactive "general-purpose heat bricks" to generate heat and power, though the radiation would present some design challenges.

Once on the frozen moon, the tunnelbot would move through the ice, also hunting for smaller lakes inside the shell or evidence that the ice itself might contain life. As it burrows deeper, it would spit out a long fiber-optic cable behind itself leading up to the surface and deploy communications relays at depths of 3, 6 and 9 miles (5, 10 and 15 kilometers).

Once it reaches the liquid ocean, to keep from "falling through," it would deploy cables or a floatation device to lock itself in place, the researchers wrote.

At this stage, this is just a rough theoretical proposal. The researchers haven't actually designed the payload for sampling Europa's water and ice, or figured out how to get the tunnelbot onto the moon. As Live Science has previously reported, that's a task that poses some significant mysteries and challenges (like possible giant, robot-destroying spikes).

Still, the proposal provides a fascinating window into what a future robotic mission to Europa might look like, and how we might eventually begin to explore whether the distant moon harbors life.