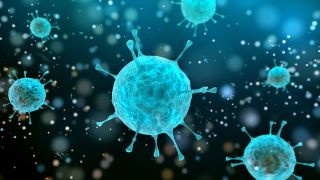 Some viruses have a natural preference for attacking tumors, and scientists are developing them into promising cancer treatments.
(Image: © Shutterstock)

Some viruses can kill cancer, and scientists have known this for over a century. It's only in the past few decades, though, that advancements in genetic engineering have enabled viruses to become a viable cancer therapy. Now, researchers around the world work with these cancer-killing bugs in the hopes that cancer treatment will someday go viral.

The early days of virotherapy

Some viruses prefer to attack cancerous tissues rather than healthy ones, and oncolytic virotherapy takes advantage of this fact. Anticancer viruses not only kill off tumor cells but also alert the host immune system to a cancer's presence.

"Our immune systems have evolved over millennia to recognize pathogens very well — they have not evolved to recognize tumors very well," said Dr. Antonio Chiocca, neurosurgeon-in-chief and chairman of the department of neurosurgery at Brigham and Women's Hospital in Boston. Chiocca studies oncolytic viruses, or viruses that infect and kill cancer cells, which can likely be used in the treatment of brain cancer.

"The idea is very simply to place a viral infection in the tumor to alert the immune system," he said. "Wake it up to the fact that there's a tumor there."

Scientists began experimenting with this type of immunotherapy as early as the late 1800s, but over the next 100 years, the field fell in and out of fashion.

In the early 1900s, a surgeon named William Coley became famous for his attempts to fight cancer  by exposing patients to extractions drawn from infected tissue. Coley became hooked on the concept after meeting a man whose malignant tumor withered in the face of a severe bacterial infection, according to a review in BMJ Postgraduate Medical Journal. Coley began infecting his patients with a bacterial savior — the erysipelas virus — and later developed a vaccine from two modified bacteria.

"Coley's toxins," as the vaccine was called, became a popular treatment for many cancer types and worked by inducing fever, chills and inflammation in the patient. Numerous case studies supported the idea that infectious disease could send cancer into remission, or eliminate it completely, according to a review in the journal Molecular Therapy. But with the rise of radiotherapy, chemotherapy and other immunosuppressive treatments, emerging virotherapies like Coley's toxins lost popularity.

The development of tissue-culture systems and rodent cancer models in the 1940s and '50s sparked a resurgence of virotherapy research, according to a review in the journal Nature Biotechnology. Doctors infected hundreds of cancer patients in clinical trials, exposing them to the mumps, hepatitis and West Nile. Success varied widely between trials. Some patients' tumors regressed dramatically and their lives were prolonged. Others fought off the infection too quickly to reap its benefits, while still other patients emerged tumor-free, but later fell victim to the virus itself rather than their cancer.

The 1980s ushered in the modern era of oncolytic virotherapy, and since then, the field's prospects have been looking up.

"Molecular virology came into play, and people discovered that certain viruses would replicate better in cancer cells than [in] their normal counterparts," said Grant McFadden, the director of the Biodesign Center for Immunotherapy, Vaccines and Virotherapy at Arizona State University.

When cells become cancerous, he said, they gain dangerous features at the expense of beneficial features found in healthy cells.

"Cancer cells gradually lose their ability to protect themselves from viral infection," he said. "It's that 'Achilles' heel' that oncolytic viruses exploit."

With the help of modern genetic engineering, researchers now strive to build the best oncolytic virus they can and then match the virus with its cancerous archnemesis.

The field of virotherapy has significantly advanced in the past few decades, but the research remains difficult.

"The challenge is picking the right virus, deciding how to arm it and how to deliver it," McFadden said. Some virotherapies can be injected directly into a tumor bed, making delivery a breeze. But many cancers are difficult to reach with a needle, or they might be scattered throughout the body. "This delivery problem is a major challenge," McFadden said.

Oncolytic viruses also have the potential to morph into "runaway viruses" — viruses that adapt after administration or recombine with human pathogens already present in a patient and begin ferociously infecting healthy tissue. Researchers remain on the lookout for these runaways, but so far, oncolytic viruses appear safe even in immunosuppressed patients and animal models, according to a 2014 review published in the journal Cell Host Microbe.

Anticancer viruses can now be engineered to selectively attack cancer cells, spare normal tissue, awaken the host immune system and reverse immunosuppression in the tumor microenvironment. But virotherapy is not a cure on its own. Research suggests that virotherapies will serve to supplement chemotherapy, radiation therapy or immunotherapy.

"Generally, in clinical trials the most promising treatment regime has been to combine virotherapy with an immune checkpoint inhibitor," Chiocca said. Checkpoint inhibitors work by making tumors vulnerable to attack by the immune system, so pairing the treatment with an oncolytic virus can significantly boost its efficacy.

The future of cancer treatment

The melanoma treatment T-VEC, made from a modified herpes virus, became the first FDA-approved virotherapy in 2015 and was approved in Australia and the European Union the following year.

More and more reports of promising virotherapy candidates have come out in recent years, according to an article published this year in the journal Nature Reviews Clinical Oncology.

Anticancer viruses can now be crafted from once-dangerous human viruses, such as measles, or nonpathogenic viruses. Even some viruses specific to animals have been tapped for virotherapy. For example, McFadden aims to develop a virus called the myxoma virus (MYXV), found only in rabbits, for therapeutic use in people.

As diligent scientists search for powerful oncolytic viruses, the field of virotherapy seems destined to continue to expand.