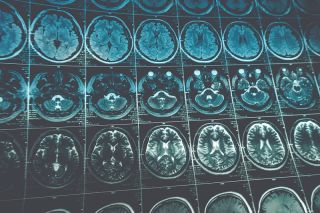 Polio was a devastating disease before the development of the polio vaccine. But now, this once-feared virus might help treat another deadly illness — brain cancer.

In a new study, some patients who had an aggressive type of brain cancer called glioblastoma and who received a genetically modified poliovirus lived much longer than typical for these patients.

The study found that about 21 percent of the brain cancer patients who received the poliovirus therapy were alive three years later. In contrast, among a group of previously treated patients who had the same cancer but received standard therapies (such as chemotherapy), just 4 percent were alive after three years.

Still, the new study was small and wasn't designed to determine exactly how effective the poliovirus therapy is, so future studies are needed to look at this question, the researchers said. What's more, it appears that most patients in the study didn't respond to the new therapy at all. [5 Facts About Brain Cancer]

But the researchers said that the new results are promising and that they plan to conduct more studies to see if they can increase the percentage of patients who benefit from the treatment.

“Glioblastoma remains a lethal and devastating disease," senior study author Dr. Darell Bigner, emeritus director of the Preston Robert Tisch Brain Tumor Center at the Duke Cancer Institute, said in a statement. "There is a tremendous need for fundamentally different approaches" to treat the disease, Bigner said. "With the survival rates in this early phase of the poliovirus therapy, we are encouraged and eager to continue with the additional studies that are already underway or planned."

The study was presented on Tuesday (June 26) at the International Conference on Brain Tumor Research and Therapy in Norway and was simultaneously published in The New England Journal of Medicine.

New treatment for a deadly cancer

People with glioblastoma — the most common type of cancerous brain tumor in adults — typically live less than 20 months after their diagnosis, the researchers said. And patients with a recurrence of this cancer (meaning the cancer appeared to go away and then came back) typically survive less than 12 months.

For the new study, the researchers genetically modified the poliovirus so that it can't cause the polio disease or reproduce in brain cells. But the modified virus seeks out cancer cells, and once it infects these cells, it triggers the body's immune system to attack the cancer cells.

The study involved 61 patients who had a recurrence of glioblastoma and were treated with the modified poliovirus (which is infused directly into the brain) between 2012 and 2017. These patients were compared with a group of 104 glioblastoma patients with a cancer recurrence who were treated at Duke with standard therapies, before the poliovirus therapy was available. This latter group was called "historical controls."

While the median survival time for both groups was similar, the researchers saw bigger differences in survival over the long term. After two years, the survival rate among those who received the poliovirus therapy was 21 percent, compared with 14 percent for historical controls, and after three years, the survival rate among the poliovirus treatment group remained 21 percent, while it dropped to 4 percent among historical controls.

"It appears that some patients don't respond [to the poliovirus therapy] for one reason or another, but if they respond, they often become long-term survivors," said Dr. Annick Desjardins, an associate professor of neurosurgery at Duke, and co-lead author of the study.

The first patient to receive the therapy was Stephanie Hopper, who was diagnosed with glioblastoma when she was just 20 years old and received the poliovirus therapy in 2012, according to CBS News. Now 27, Hopper has finished college, married and become a registered nurse.

Initially, the study researchers planned to increase the dose of the poliovirus therapy given to patients, but they found that at higher doses, some patients experienced inflammation that led to  serious side effects, such as seizures. So, most patients in the study were given low doses.

The researchers have already started a new study that combines the poliovirus therapy with the chemotherapy drug lomustine for patients with recurrent glioblastomas.