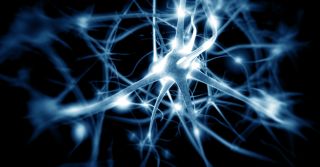 In the latest example of bacteria being "literally everywhere," scientists appear to have found evidence of microbes living harmlessly in our brains.

For the study, presented last week at the scientific meeting Neuroscience 2018, the researchers looked at high-resolution images of slices of postmortem human brain tissue, where they found signs of bacteria, according to Science Magazine.

The findings are preliminary, and more work is needed to completely rule out the possibility that the brain samples were somehow contaminated after death, said the researchers, from the University of Alabama at Birmingham (UAB). [5 Ways Gut Bacteria Affect Your Health]

But if true, the findings would change the way scientists think about the brain, an organ in which any bacteria were thought to be signs of disease.

"The brain has always been thought of as a sterile site," said Dr. Amesh Adalja, a senior scholar at the Johns Hopkins Center for Health Security in Baltimore, who was not involved in the study. "To find [bacteria] there doing no harm sort of breaks a lot of the dogma" on this, Adalja said.

The surprising finding was accidental. The researchers were looking for differences in the brains of people with and without schizophrenia using a detailed imaging technique called electron microscopy. But the scientists kept coming across mysterious rod-shaped objects in the images. Initially, "I just dismissed them, because I was looking for something else," study lead author Rosalinda Roberts, a neuroanatomist and professor in the Department of Psychiatry and Behavioral Neurobiology at UAB, told Science Magazine.

Eventually, the researchers consulted some colleagues about the objects and discovered that they were actually bacteria.

In the new study, the researchers analyzed samples from 34 postmortem analyses of human brains and found bacteria in every brain. Importantly, the researchers found no signs of inflammation or bacterial disease in the brains they examined.

The bacteria seem to prefer certain parts of the brain, as the microbes tended to cluster in areas known as the hippocampus, prefrontal cortex and substantia nigra, according to the study abstract. And often, the bacteria were found in star-shaped brain cells known as astrocytes that were near the blood-brain barrier.

When the researchers sequenced genetic material from the bacteria, they found that most of the microbes were from groups of bacteria that are typically found in the human gut, known as Firmicutes, Proteobacteria and Bacteroidetes, according to Science Magazine.

To attempt to rule out the possibility that the brain samples were contaminated, the researchers analyzed mouse brains that were preserved immediately after death. The scientists also found "abundant bacteria" in the mouse brains, and the bacteria were in similar locations to those in human brains, according to the abstract. And when the researchers analyzed "germ-free" mice, which are genetically engineered to not have any bacteria living in them, the scientists did not find any bacteria in the brains.

Even so, Adalja said the findings will need to be reproduced to make sure they are not the result of contamination. But based on the steps the researchers have taken so far, Adalja said he suspects that it is "a real finding."

The findings raise the possibility that, like the human gut, the brain may have a "microbiome." Previous studies have suggested that bacteria in the gut may affect the brain indirectly, for example, by producing chemicals or proteins that make their way into the brain. But the new findings suggest a direct effect.

If the new results are confirmed, they would open a new line of scientific inquiry to determine what the bacteria are doing in the brain, whether they are universally present and what role they play in the gut-brain link, Adalja, said.

The new study, which has yet to be published in a peer-reviewed journal, is not the first to suggest that a "sterile" organ contains a microbiome. Recent studies have suggested that women's fallopian tubes and ovaries and men's testes also have microbiomes.