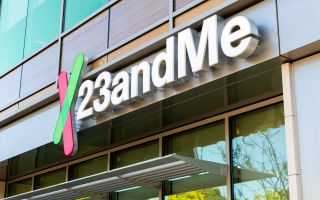 During the four-year collaboration, the London-based GlaxoSmithKline will use 23andMe's genetic database to zero in on possible targets and treatments for human disease.

"The goal of the collaboration is to gather insights and discover novel drug targets driving disease progression and develop therapies," GlaxoSmithKline said in yesterday's statement, where it also reported it was investing $300 million in 23andMe. [How Do DNA Ancestry Tests Really Work?]

It's not yet clear which conditions will be investigated during the collaboration, but one example showed how the collaboration might work: the two companies' previous collaboration on the gene LRRK2, which is linked to some cases of Parkinson's disease, Forbes reported.

Only about 10,000 of the 1 million Americans with Parkinson's disease have the disease because of LRRK2. So, GlaxoSmithKline has to test about 100 Parkinson's patients to find just one potential candidate. However, 23andMe has already provided 250 Parkinson's patients who have agreed to be re-contacted for GlaxoSmithKline's clinical trials, which may help the pharmaceutical company develop the drug much faster, Forbes reported.

However, not everybody is on board with 23andMe's new partnership. If a person's DNA is used in research, that person should be compensated, said Peter Pitts, president of the Center for Medicine in the Public Interest.

"Are they going to offer rebates to people who opt in, so their customers aren’t paying for the privilege of 23andMe working with a for-profit company in a for-profit research project?" Pitts said to NBC.

In addition, even though 23andMe gets the consent of its customers to use their genetic data, it's unlikley that most people are aware of this.

"The problem with a lot of these privacy policies and Terms of Service is that no one really reads them," Tiffany C. Li, a privacy expert and resident fellow at Yale Law School’s Information Society Project, told Tom's Guide, a Live Science sister site. "You are paying to help the company make money with your data."

The new collaboration isn't the first time 23andMe's vast pool of genetic data has been mined by scientists. The San Francisco startup has already published more than 100 scientific papers based on its customers' data, according to yesterday's blog post, by Anne Wojcicki, 23andMe's co-founder and chief executive. In 2015, the company launched 23andMe Therapeutics, which focuses on developing "novel treatments and cures based on genetic insights from the consented 23andMe community," Wojcicki wrote.

23andMe has more than 5 million customers worldwide who have had their DNA analyzed for ancestral data. People who would like to close their 23andMe accounts can go here, but the company notes that "any research involving your data that has already been performed or published prior to our receipt of your request will not be reversed, undone, or withdrawn."

However, once a 23andMe account is closed, any spit samples that a person initially gave consent to be stored "will be discarded," the company said.