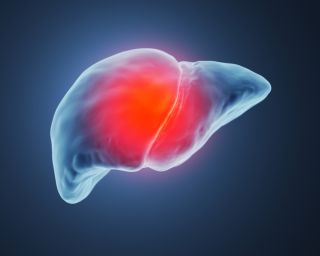 U.S. death rates from liver cancer have risen steadily since 2000, resulting in the disease going from the ninth-leading cause of cancer death to the sixth, a new report finds.

The change comes as U.S. cancer death rates overall — meaning rates for all combined cancers — have declined since 1990, according to the report, published today (July 17) by the Centers for Disease Control and Prevention.

Death rates for other cancers — such as lung, colon and breast cancers — have fallen thanks to lower rates of people getting these cancers, as well as better ways to detect and treat these cancers, said Dr. Jeffrey Drebin, chair of the Department of Surgery at Memorial Sloan Kettering Cancer Center in New York City and a liver cancer surgeon. Drebin was not involved with the new report.

Liver cancer, however, hasn't seen similar improvements, Drebin told Live Science. For example, the rates of people getting liver cancer haven't changed much, and the disease is still difficult to detect and, in many cases, treat.

What's more, even though new drugs are available to treat hepatitis C, another viral infection that causes liver inflammation, these drugs "may not prevent the eventual development of liver cancer," Drebin said.

Drebin noted that liver cancer rates rise with age because of the long-term effects of liver inflammation. (In other words, the longer a person has inflammation of the liver, the more likely that person is to develop liver cancer.)

The report is based on data from the National Vital Statistics System, a database that contains death certificates from all 50 states and the District of Columbia.